At the end of the visit, Mr. Wieczorek issued the following statement:

“The team reached understandings with the Gambian authorities on a new Staff-Monitored Program. Upon the completion of prior actions, the program is expected to be submitted to the IMF Management for approval by end-April. In this context, the team commends the authorities for their commitment to strengthening fiscal performance and consolidating recent macroeconomic gains.

“The Gambia’s economic recovery has continued to gather momentum, underpinned by a resurgence in business confidence. In 2018, real GDP grew by an estimated 6.6 percent, up from 4.6 percent a year earlier. Headline inflation declined from 6.9 percent at end-2017 to 6.1 percent in January 2019. The improved inflation outlook paved the way for an easing of monetary conditions and spurred a strong recovery in private sector credit. Robust growth in tourism and remittances helped stabilize the dalasi and facilitated the accumulation of gross official reserves, which reached US$195 million at end-January 2019 (or about 3 months of prospective imports).

“Budget execution in 2018 faced implementation challenges, which led to the postponement of budget support equivalent to 3 percent of GDP. Domestic revenue performance improved, bolstered by strong domestic activity and import growth; however, expenditure slippages in various areas and fiscal pressures from state-owned enterprises contributed to a widening of the fiscal deficit to 6.6 percent of GDP (from 5.3 percent of GDP a year earlier). As a result, recourse to domestic borrowing significantly exceeded the budgeted amount. More encouragingly, important progress was made on the reform agenda, particularly on central bank governance and operations, strengthening treasury management, and preparations for the reform of state-owned enterprises, with the launch of special audits of the largest six.

“The team reached understandings on a reform agenda for 2019 and fiscal measures needed to ensure consistency of 2019 budget implementation with the SMP. With budget support in the form of grants expected to exceed 5½ percent of GDP, the authorities committed to a net domestic borrowing target of zero, with the understanding that strong policy efforts will be needed to maintain fiscal discipline and ensure that all the expected budget support materializes. Revisions in excise rates, user charges and fees, and strengthened revenue administration are expected to boost domestic revenue performance. On the expenditure side, tighter control of public spending and improved financial management of state-owned enterprises are expected to generate savings. In this regard, the team welcomes the authorities’ renewed commitment to reducing the staffing of foreign embassies and creating contingencies in the existing budget envelope, to address fiscal risks from state-owned enterprises.

“The team supports the authorities’ ongoing efforts to restructure The Gambia’s debt and notes that preliminary responses by creditors have been broadly positive. In tandem, the authorities are encouraged to enhance control over external debt contracting, including by state-owned enterprises, and to implement the reforms designed to strengthen their governance and improve their operational efficiency and transparency.

“Staff welcomes the Central Bank of The Gambia’s (CBG) efforts to improve its liquidity management through the introduction of central bank bills. Staff considers the current monetary policy stance appropriate, following the recent easing of the CBG policy rate from 13.5 to 12.5 percent. The CBG should maintain its flexible exchange rate policy, while remaining vigilant about inflation pressures and potential risks to financial stability from the rapid expansion in private sector credit.

“The team met with Minister of Finance and Economic Affairs Njie, Minister of Trade, Industry, Regional Integration and Employment Sanneh, CBG Governor Jammeh, and other senior government and public officials, representatives of the private sector, banks, civil society, development partners, and members of the diplomatic community.

“The team thanks the authorities for their openness, and fruitful and constructive discussions, and looks forward to continuing close cooperation in the period ahead.”

[1] An SMP is an informal agreement between country authorities and Fund staff, whereby the latter agree to monitor the implementation of the authorities’ economic program. SMPs do not entail financial assistance or endorsement by the IMF Executive Board. 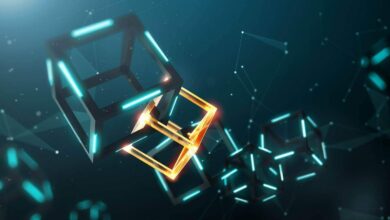