The Institute of Compliance and Cyber Studies (ICCS), a multi-disciplinary network of researchers, bankers, economists, lawyers and professionals interested in combating cybercrime and financial related crimes, has expressed concerns about the increased spate of cybercrime in Ghana.

It has, called for public-private partnership to increase public awareness on cyber security issues and create a platform for brainstorming towards the implementation of cyber security guidelines in the country.

Madam Stephanie Agyei Henneh, the Head of Research at the ICCS, made the call at the launch of a cyber insurance survey conducted by the ICCS on the topic: “Patronage of Cyber Insurance: An Emerging Necessity”.

She urged the National Insurance Commission, National Pensions Regulatory Authority, and Securities and Exchange Commission to work collaboratively towards the passage of cyber security directives to guide their regulated institutions, similar to what the Bank of Ghana had done in the banking sector.

She said with the increased in data consumption by businesses and corporate organizations in the country, there was high tendency for their useful data to get to

Madam Agyei Henneh underscored the need for insurers to actively develop strategies and invest resources towards building new capabilities and establish partnerships with cyber security firms, as well as solicit experts at home and abroad in order to build a competitive advantage.

Out of the 35 respondents that answered the questionnaires in the cyber insurance survey, it was observed that although the cyber market in Ghana was relatively young, it was growing at a steady pace and, thus, one might be misled into thinking that cybercrime was not prevalent.

The research revealed that the level of awareness of cyber insurance policies was very low in Ghana, with only nine respondents knowing about the existence of such

Out of the five respondents who affirmed this, four were in the banking sector and one in the education sector.

Again, 80% of the respondents’ institutions had not purchased a cyber-insurance package. However, most of them had been under a cyber-attack.

The research revealed that 57% of the respondents recommended cyber insurance policies should be made compulsory for corporate entities in Ghana.

The report concluded that majority of the respondent institutions did not have an information security expert, which showed the seriousness of the situation because

it increased their risk exposure since there wouldn’t be any expert to advise them on the right procedures to secure their data.

The report revealed that Ghana, Nigeria and Cameroon were among the top 10 cybercrime countries in the world as published by the Ghana Business News in 2010.

She said another comparatively new area being exploited by the cyber fraudsters was mobile money services with reports of fraudulent activities being carried out through the mobile money platforms.

Madam Agyei Henneh, therefore mentioned some interventions government had taken to combat Cyber-crime in the country, including the Electronic Transactions Act (2008), which contained specific legislation on cyber-crime and prescribed punishment for cyber criminals, the Data Protection Act (2012), to ensure

protection of private data of government, citizens and businesses.

Additionally, the Ministry of Communications rolled out the Ghana National Cyber Security Policy and Strategy in March 2014, which was formally adopted in 2016, to holistically capture cyber incidences and to secure the cyberspace in Ghana.

Madam Agyei Henneh said the Bank of Ghana published the Cyber and Information Security Directive Document in October 2018, which included a number of directives to be pursued towards securing the cyber space in the financial sector.

“Also, Ghana has signed the African Union Convention on Cyber Security and Personal Data Protection and more recently has acceded to the Budapest Convention”, she added. 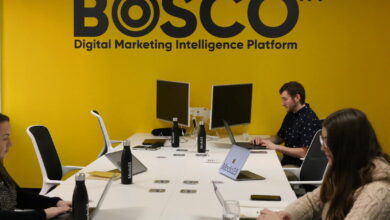 BOSCO the digital marketing intelligence platform to launch in America 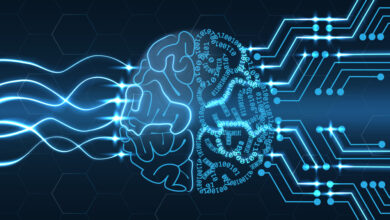 Revealed: This is the most discussed technology on the internet