Chinese state media launched a propaganda offensive Tuesday amid the mounting trade war with the US – as Beijing calls for a “people’s war” against Washington’s “greed and arrogance,” according to reports. 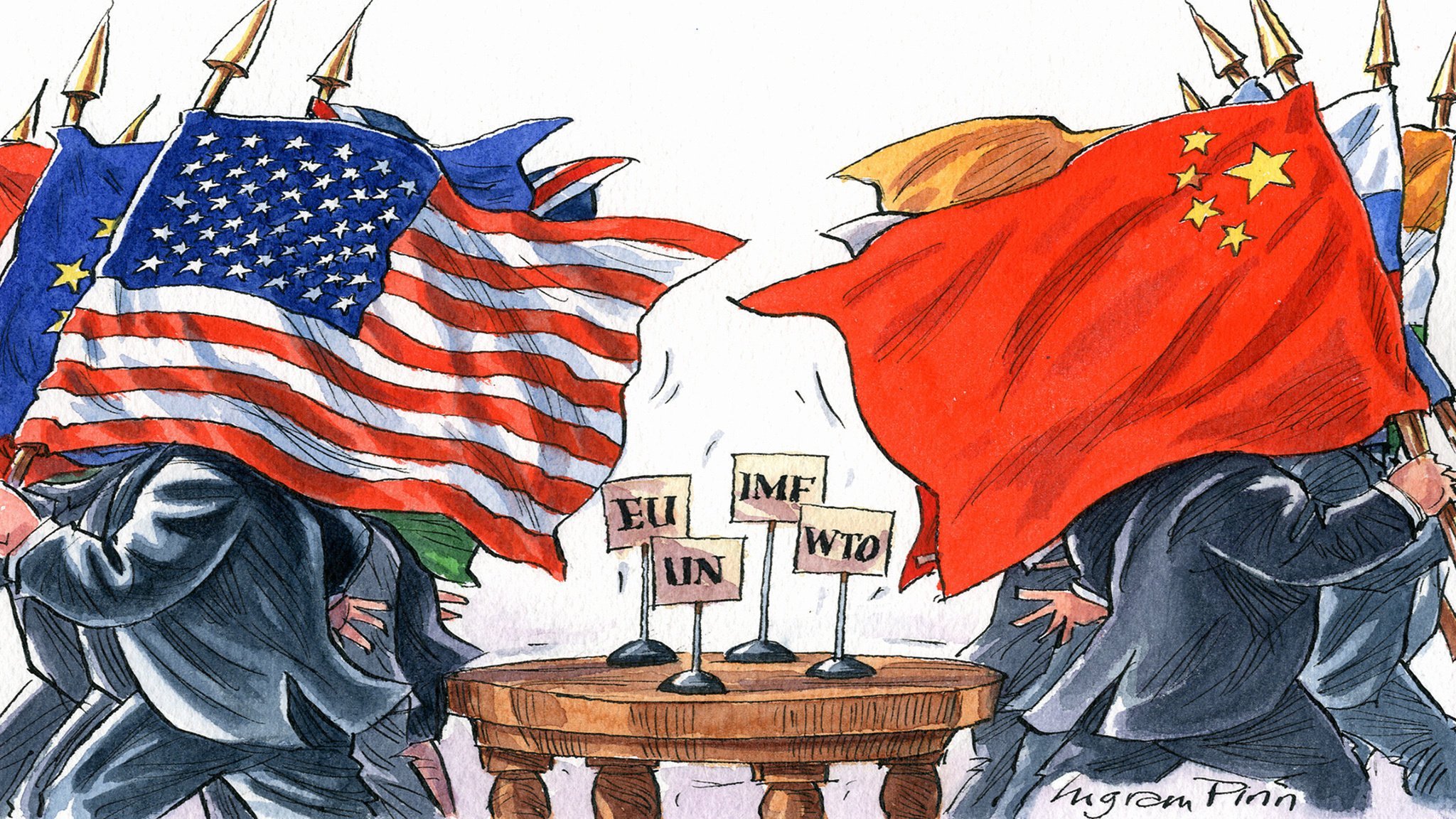 “The most important thing is that in the China-US trade war, the US side fights for greed and arrogance … and morale will break at any point,” the Global Times wrote in an editorial carried by Xinhua News Agency, according to Business Insider.

“The Chinese side is fighting back to protect its legitimate interests. The trade war in the US is the creation of one person and one administration, but it affects that country’s entire population,” it continued.

“In China, the entire country and all its people are being threatened. For us, this is a real ‘people’s war.’”

A statement read during the evening news on state broadcaster CCTV said China would “fight for a new world,” adding that in its long history “there’s nothing we haven’t seen before,” according to CNN.

“As President Xi Jinping pointed out, the Chinese economy is a sea, not a small pond. A rainstorm can destroy a small pond, but it cannot harm the sea. After numerous storms, the sea is still there,” anchor Kang Hui said in the clip, which went viral in Chinese social media.

On Monday, in response to President Trump’s decision to hike duties on hundreds of billions of dollars in Chinese merchandise, Beijing announced it would raise tariffs on $60 billion in US exports by next month.

The US is “sucking the blood of the Chinese,” said a post left on the “Strong Country” blog of the ruling Communist Party’s paper People’s Daily.

Another comment on the site said, “Why are Chinese people bullied? Because our hearts are too soft!”

On Monday night during state broadcaster CCTV’s primetime newscast, the anchor said: “China has already given its answer: talk and the door is open, fight and we’ll fight you to the end.”

He continued: “Through 5,000 years of ups and downs, what kind of battle has the Chinese nation not seen! During the great process of realizing national rejuvenation, there will inevitably be difficulties, obstacles and even storms.”

The segment spread online, trending on Twitter-like Weibo and going viral on Wechat, inviting a huge show of support from the country’s legions of netizens, according to AFP.

For months, as US and Chinese officials sparred at the negotiating table, China’s media downplayed the trade tensions.

Propaganda directives handed out last year instructed media to downplay down the trade war’s effect on the stock market and avoid stirring up public opinion.

Since October, the Communist Party’s mouthpiece People’s Daily gradually reduced mentions of “trade war” in its paper, choosing instead for the less strident “trade friction,” according to a content analysis by an independent researcher shared with AFP.

This week, “trade war” is again spiking, according to the analysis.