ASSIN MANSO — In a clearing at the turnoff to Assin Manso, a billboard depicts two African slaves in loincloths, their arms and legs in chains. Beside them are the words “Never Again!”

This is “slave river,” where captured Ghanaians submitted to a final bath before being shipped across the Atlantic into slavery centuries ago, never to return to the land of their birth. Today, it is a place of sombre homecoming for the descendants of those who spent their lives as someone else’s property.

The popularity of the site has swelled this year, 400 years after the trade in Africans to the English colonies of America began. This month’s anniversary of the first Africans to arrive in Virginia has caused a rush of interest in ancestral tourism, with people seeking out their roots in West Africa.

“Ten years ago, no one went to the slave river, but this year has been massive,” said Awuracy Butler, who runs a company called Butler Tours.

American tourist Divine Koufahenou takes a picture of her mother Afi and her friend Dawn Kravig at the ‘Door of No Return’ at the Cape Coast Slave Castle in Ghana. REUTERS/Siphiwe Sibeko

She said business has nearly doubled this year, which has been touted as the Year of Return for the African diaspora tracing their family history. The number of tourists has forced her to hire more vehicles, she said.

U.S. tourist Teresa Arthur looks at bracelets while on tour at the Kwame Nkrumah Mausoleum in Accra, Ghana to learn about Ghanaian political history as part of discovering her African slave roots and identity. REUTERS/Francis Kokoroko

“Everyone wants to add the slave river to their tour,” she said. The coastal forts where they spent their last days in Ghana in suffocating conditions are also increasingly popular

The increase in tourism has been an economic boon for Ghana, which unlike other West African countries has aggressively marketed its “heritage” offerings for the anniversary.

Officials see it as an opportunity to entice some much-needed foreign investment into the economy, dogged in recent years by high inflation and public debt that has needed an International Monetary Fund lending program to fix.

On a recent day in the capital, Accra, a delegation of tribal elders and a representative of the Ghana Investment Promotion Centre welcomed a tour group at a hotel in the city.

At an event in a hotel conference room, the tour guide encouraged the visitors to sing a hymn in a local language, gently chiding them for not yet knowing the tune. “You are Ghanaians now,” he said.

Members of the group, who were mostly African American, went up to the front one by one to pose with a smiling tourism ministry official or one of the robe-clad elders as they received an official certificate of participation. The investment representative launched into a lengthy power-point presentation focused on the need for investment in Ghana’s cocoa sector and the minimum capital requirements for joint ventures.

With an average spend of $1,850 per tourist, the tourism authority expects this year’s revenues to top $925 million, a 50% increase from 2018, which it hopes to sustain over the next three years at least.

The amount is dwarfed by Ghana’s $2-billion cocoa industry but is considered essential in a country of 28 million people who mostly live in poverty.

Anthony Bouadi, a tour guide at Cape Coast Castle, a fortress where the captives were kept until they were sent on ships over the Atlantic, said he believes the site will change the lives of those who visit.

“The moment you get to know your history, it is going to change you,” he said. “We are encouraging our brothers and sisters from the U.S., from the Caribbean from Europe to come back to their Motherland Africa to get to know the culture … and whatever the ancestors went through.”

The surge of visitors is part of a global phenomenon: Airbnb data shows a five-fold increase in people traveling to places connected to their ancestry worldwide since 2014.

To make the most of the moment, Ghana will host a mass “ancestry reveal” on Friday. More than 80 African American participants, including the head of the NAACP, will learn their genetic history, touted as the largest ceremony of its kind in Africa’s history.

Ghana has long encouraged its diaspora to return and has strong links with the African American community. Malcolm X visited in the 1960s and spent time with the American poet and civil rights activist Maya Angelou, who lived there at the time. The prominent black writer and activist W.E.B. Du Bois settled and died in Ghana. Since, many other ordinary African American families have returned.

But questions remain about whether the heightened interest in Ghana can be sustained after the anniversary. Bad roads, a cumbersome visa application process and expensive flights could stem the number of visitors in the long term.

“The government has a huge responsibility,” said Peter Appiah, head of research and publicity at the Centre for National Culture in Kumasi, Ghana’s second-largest city.

“If we want to sustain this tempo,” he said, “then we need to do a lot more in terms of social infrastructure.

Ghana and France Cooperate to Promote the Learning of French 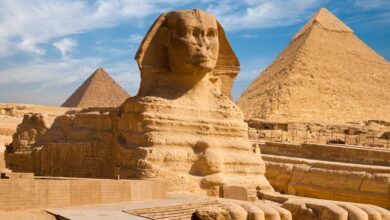 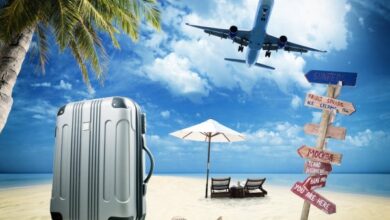