Twenty organisations have received this year’s Carbon Action Award issued by the International Olympic Committee (IOC) and materials science company Dow in recognition of their efforts to tackle climate change.

The winners – which included 15 International Federations (IFs) and five National Olympic Committees (NOCs) – were announced at the IOC’s sustainability session that took place virtually as part of the recent IF Forum.

The IOC and its carbon partner Dow collaborated on this joint initiative to reward IFs and NOCs that provide evidence of reducing their greenhouse gas emissions within their organisation and at events.

To be recognised, IFs and NOCs must be a part of the United Nations (UN) Sports for Climate Action Framework, which was launched by UN Climate Change and the IOC in 2018 with the aim of developing a climate agenda for sport.

They are also expected to present detailed data on their carbon reduction plans, requiring them to better understand and measure their annual carbon footprint.

The IOC highlighted the work of the Canadian NOC that donated food and beverages to a local foodbank, which would then distribute them to 253 community organisations, and the Spanish NOC’s commitment to using 100 per cent renewable energy and hybrid mobility.

It also hailed World Sailing for working with Paris 2024 to accelerate the adoption of non-combustion engines in the marine industry as well as the IBU’s pledge to cut its annual carbon footprint by 45 per cent by 2030 and World Archery’s plans to reduce its water consumption by 50 per cent through the use of water motion sensors.

Speaking at the IF Forum, IOC President Thomas Bach said climate change was a “global challenge” and required an “unprecedented response from all of us”.

“As an organisation dedicated to making the world a better place through sport, the IOC wants to ensure that the Olympic community contributes to the global efforts to address climate change,” said Bach.

“This commitment to climate action is a remarkable illustration of how everyone of us in sport, whether a National Olympic Committee or an International Sports Federation, can make a meaningful contribution to reduce our carbon footprint.”

IFF secretary General John Liljelund said its sustainability programme was still in its “infancy”, but felt the award indicated it was on the “right path” and gave them “even more motivation to push forward”.

“With the new IFF strategy being submitted for approval at the General Assembly in December, this reinforces stronger inclusion of sustainability in the future,” added Liljelund.

FEI secretary general Sabrina Ibáñez claimed the award put a spotlight on the “significant role” that it plays in “driving global climate action”.

“We are extremely pleased to see our efforts recognised by the Olympic family,” said Ibáñez.

“Sustainability is central to good governance and is a part of a solid business strategy in sport.”

Andy Anson, chief executive of the BOA, said it was important for everyone within the organisation to consider the environmental impact of travel, procurement and waste.

“Whilst we are only at the beginning of our journey to reduce our own carbon footprint and move towards carbon neutrality and long-term sustainability, our hope is that in taking the steps we’ve taken, we can encourage others to do the same,” added Anson. 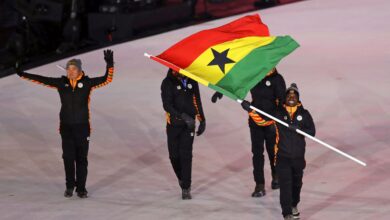 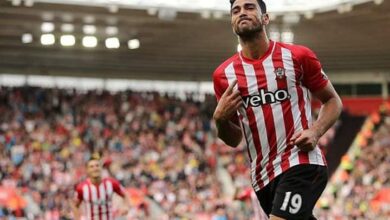 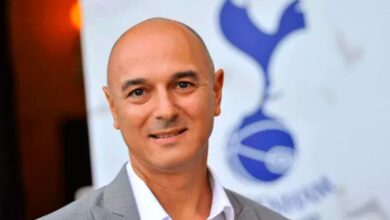