If you look up to the stars theyGold Coast 2018: Australian first Indigenous astronomy exhibition a Commonwealth Games legacy will continue to teach you and show you where you are and where you need to go – Uncle Eddie Ruska.

An Australian-first Indigenous astronomy exhibition will be a lasting legacy of the Gold Coast 2018 Commonwealth Games (GC2018).

The permanent attraction, now open at the Sir Thomas Brisbane Planetarium, will act as a reminder of the legacy from the GC2018 Reconciliation Action Plan (GC2018 RAP), featuring some of Australia’s eminent Aboriginal and Torres Strait Islander Elders sharing their star knowledge for the first time.

The stunning exhibit features the rich heritage, traditions and culture of Indigenous people, and was sourced and curated by Monash University astronomer Dr Duane Hamacher.

Research on Indigenous astronomical knowledge and traditions across Australia eventually led Dr Hamacher to the Torres Strait in North Queensland.

“I’ve been working closely with Aboriginal and Torres Strait Islander communities for years – listening to their stories, songs, and dance,” Dr Hamacher said.

“The First Australians have been observing the southern skies for more than 65,000 years, paying careful attention to subtle changes in the positions and properties of the Sun, Moon and stars.

“These are the oldest known continuing cultures in the world and the world’s oldest astronomers.

“We have so much to learn about astronomy from Indigenous people. These traditions are not just myths and legends – they contain a tremendous wealth of science.”

Dr Hamacher was looking for a way to expand his research and showcase Indigenous culture, when Skylore came along.

“I think the Elders will be proud of the finished product and being able to showcase this part of their culture on the world stage in the lead up to the Commonwealth Games,” he said.

“I hope that other planetariums around the country are inspired by this work here in Brisbane and create their own Indigenous Astronomy exhibits. I would love to see more exhibitions all over the world.”

This exhibition coincides with the International Astronomical Union’s decision in January 2018 to re-name stars in the Southern Cross constellation. The Southern Cross now has three stars named Larawag, Wurren and Ginan from the Wardaman language from the Northern Territory as well as Unurgunite, named by the Boorong people of Western Australia.

The other Aboriginal and Torres Strait Islander Elders who contributed to Skylore are:

Skylore: Aboriginal and Torres Strait Islander Astronomy is an initiative under the GC2018 Reconciliation Plan, funded by the Queensland Government and delivered by Brisbane City Council.

The GC2018 RAP is the first RAP for a major sporting event in Australia and the first in Commonwealth Games history.

During Festival 2018, on 4-15 April, tickets are to the skydome show Stories in the Stars are free and can be booked online from the Brisbane City Council website. 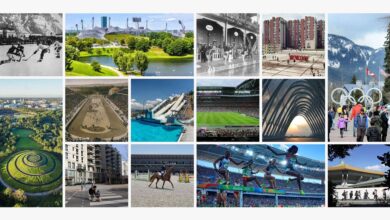