Greater investments in people’s health and education are urgent in a rapidly evolving labor market increasingly shaped by technology, according to the World Development Report 2019: The Changing Nature of Work.

“The nature of work is not only changing – it’s changing rapidly,” World Bank Group President Jim Yong Kim said. “We don’t know what jobs children in primary school today will compete for, because many of those jobs don’t exist yet. The great challenge is to equip them with the skills they’ll need no matter what future jobs look like – skills such as problem-solving and critical thinking, as well as interpersonal skills like empathy and collaboration. By measuring countries according to how well they’re investing in their people, we hope to help governments take active steps to better prepare their people to compete in the economy of the future.”

The number of robots operating worldwide is rising rapidly, the report says, stoking fears of a jobs meltdown. But technology is laying down a path to create jobs, increase productivity and deliver effective public services. Fears surrounding innovation, which has already transformed living standards, are unfounded. New platform marketplaces are connecting people more quickly than ever before. This “scale without mass” delivers economic opportunity to millions of people, regardless of where they live.

New markets and jobs are driving demand for employees with teamwork, communication and problem-solving skills. Technological change is eliminating repetitive “codifiable” jobs but replacing them with new types of employment: in Europe alone, there will be estimated 23 million new jobs this century.

Technology is changing not just how people work but also the terms on which they work, creating more non-traditional jobs and short-term “gigs.” This is making some work more accessible and flexible, but raises concerns about income instability and the lack of social protection.

Four out of five people in developing countries have never known what it means to live with social protection.  With two billion people working in the informal sector, unprotected by stable wage employment, social welfare, or the benefits of education – new working patterns are adding to a dilemma that predates the latest technological wave.

Adjusting to the changing nature of work requires enhanced social protection. New ways of protecting people, regardless of employment status, are needed.

The report challenges governments to take better care of their citizens, calling for a universal guaranteed minimum level of social protection. Full social inclusion will be costly, but it can be achieved with reforms in labor market regulation in some countries and, globally, a long overdue overhaul of taxation policy.

With the boundaries of firms transcending borders and physical assets, it’s easier to shift profits to low-tax jurisdictions, which means billions of dollars go untaxed. The report calls for updates to the international tax system, taking into account the globalized digital economy.

The 2019 World Development Report features a chapter containing the recently released Human Capital Index, part of a broader World Bank Group project that recognizes human capital as driver of inclusive growth. In addition to the Index, the Human Capital Project includes a program to strengthen research and measurement on human capital, as well as support to countries to accelerate progress in human capital outcomes. 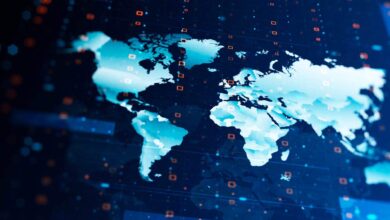 Ghana, Kenya and Morocco to be the fastest-growing major economies in Africa in 2021, says GlobalData

Google Searches for Unemployment Benefits up 1,566% in the US