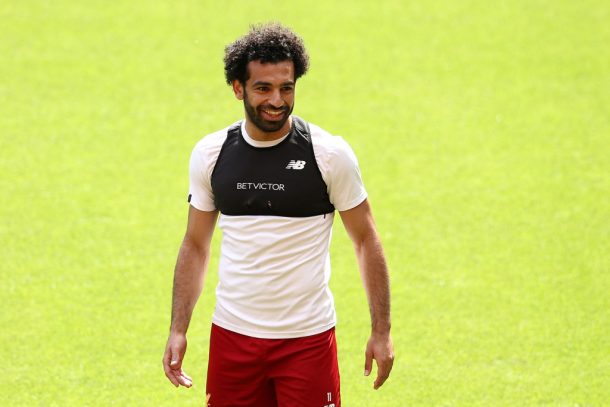 Mohamed Salah revealed that he’s satisfied with the individual titles he achieved so far this season and is currently looking to win the Champions League trophy with Liverpool.The 25-year-old won a host of awards in his debut Liverpool season, including the PFA Player of the Year and the Football Writers’ Player of the Year. He’s currently preparing for the UEFA Champions League final between Real Madrid and Liverpool, scheduled to be held on Saturday in Kiev.

“I’m satisfied with the individual titles I achieved this season. My goal now is to win the Champions League,” said Salah in a press conference announcing his partnership with DHL Express.

“This is the Champions League final and I’m playing it for the first time. I’m very focused and excited for the game.”The Egypt international will face Real Madrid star Cristiano Ronaldo in the tournament’s final, who he was repeatedly compared to after his impressive performance with the Reds.

The duo have both scored 44 goals each in all competitions this season. Salah finished the season being the Premier League top scorer with 32 goals while Ronaldo leads the goal scorers chart for the Champions League with 15 goals in this season’s campaign. 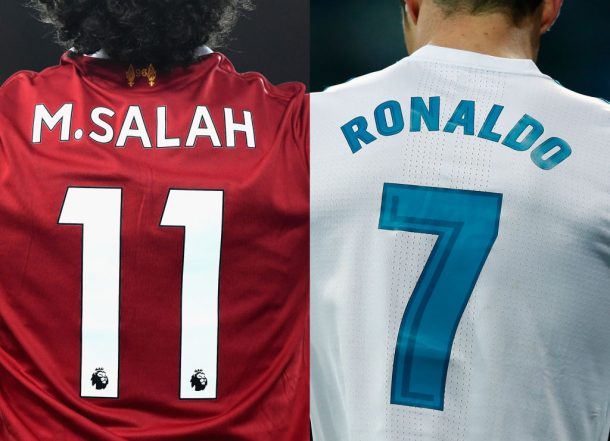 The 33-year-old forward, however, played down on Wednesday claims about similarities between him and Salah, saying that they are completely different players.

“As Ronaldo said, he plays with his right foot, I play with my left. We are both focused on a good game in the final and to win it for our clubs. All I can do is play well,” Salah said.

“I said before that Lionel Messi and Cristiano Ronaldo are big players and managed to maintain their form for many years,” he added.