Ghana winger Frank Acheampong has been given permission by the medics to leave the Black Stars camp in Nairobi following an acute eye problem.

According to team doctor Adomako, he was compelled to allow the Tianjin Teda star travel to Europe to seek urgent medical care after he complained of symptoms getting worse. 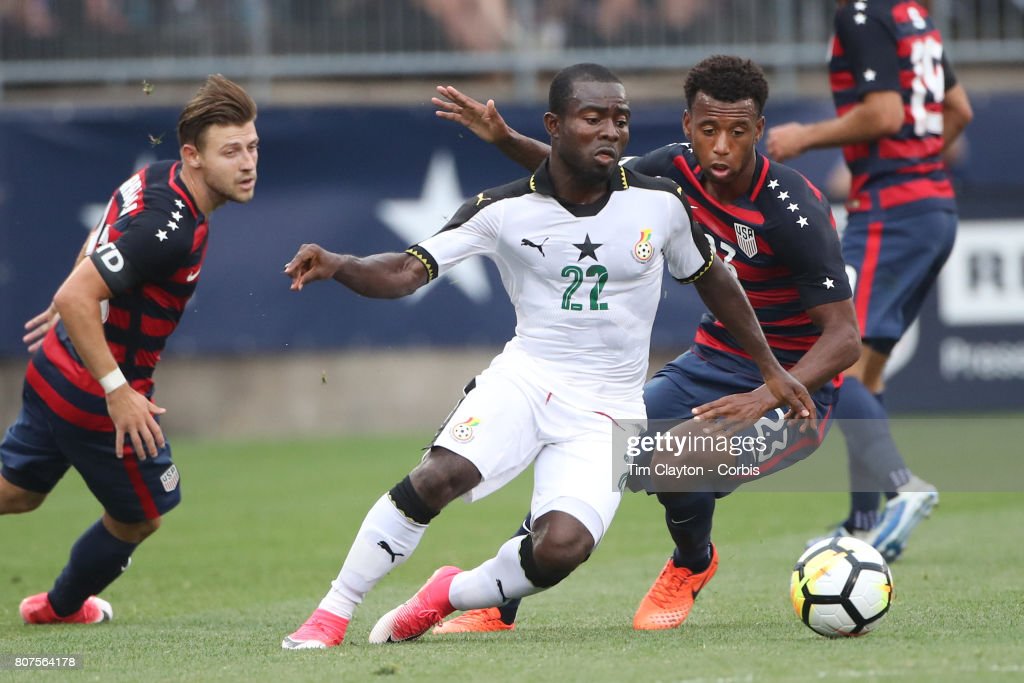 “I am aware he has an eye problem that was being managed but his condition did not improve and he had to fly to Europe to see his eye specialist.” Dr Adomako said.

The former Berekum Chelsea man had been training regularly with his teammates until this unfortunate illness propelled him to exit camp.

The 26-year-old would have been selected for Saturday’s Afcon 2019 qualifier vs Kenya if not for this defect.

He played an influential role to helping the Black Satellites win bronze at the FIFA U-20 World Cup in Turkey 2013.

He previously played for Ghanaian side Kingfisal, Belgium giants Anderlecht and had short stint with Thai side Buriram United.

The Future of Corporate Reporting