AIMS General Assembly took place on the virtual platform with one main agenda point being the AIMS Council re-election from the period of 2021-2025. President Fox, who has been leading AIMS since 2015, made an extensive report highlighting the achievements of AIMS over the last five years. AIMS has become a credible and respectable member of the Olympic family receiving full IOC recognition as an IF umbrella body for sports striving towards Olympic recognition in 2020. 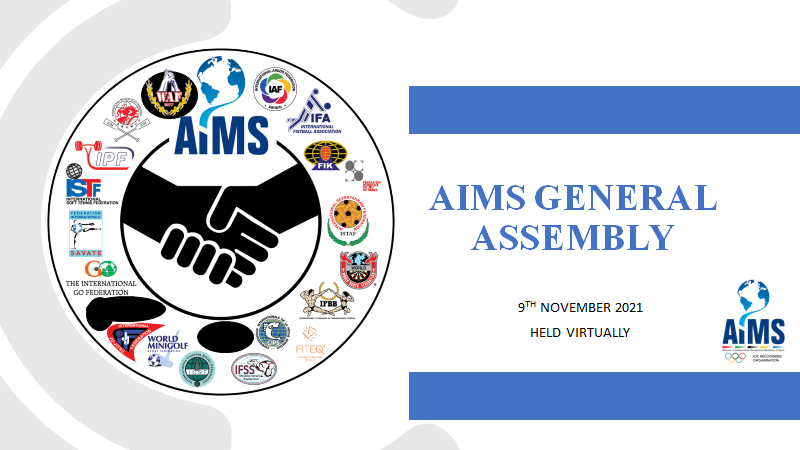 President Fox further stated in his report this year six of the AIMS members have received full recognition at the 138th IOC General Assembly in Tokyo in July this year. The AIMS family congratulated the six sports namely, World Lacrosse, International Sambo Federation, International Cheer Union, International Federation Icestocksport, World Association of Kickboxing Organisations and International Federation of Muaythai Associations and further thanked the IOC Sports Department, GAISF and ARSIF for their close cooperation and congratulated each of the sports for their individual achievements. Also detailed in his report, this accomplishment was productive and close cooperation with the IOC, President Thomas Bach and the IOC Sports Department ensuring the same vision and mission for the benefits of the sports and their athletes are achieved. 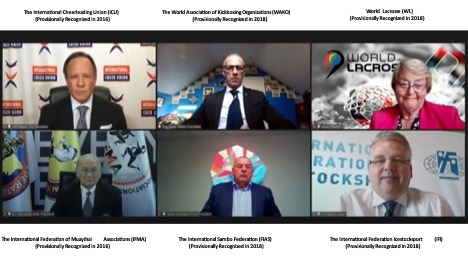 Additionally, strong collaboration with WADA and ITA plays a vital role in corroborating fair play policies and assisting the individual sports to develop their doping policy. AIMS has also been working closely with GAISF throughout this journey.

President Fox honoured the late GAISF President, Patrick Baumann, who sadly passed away while attending the Youth Olympic Games in Buenos Aires in 2018, for his vision in building the elevator system of the sport by slowly developing the sport within the interest of the athletes. The observers’ programme where sports can become members of GAISF as well as AIMS, in order to provide support for the IFs towards GAISF recognition and becoming an AIMS member. 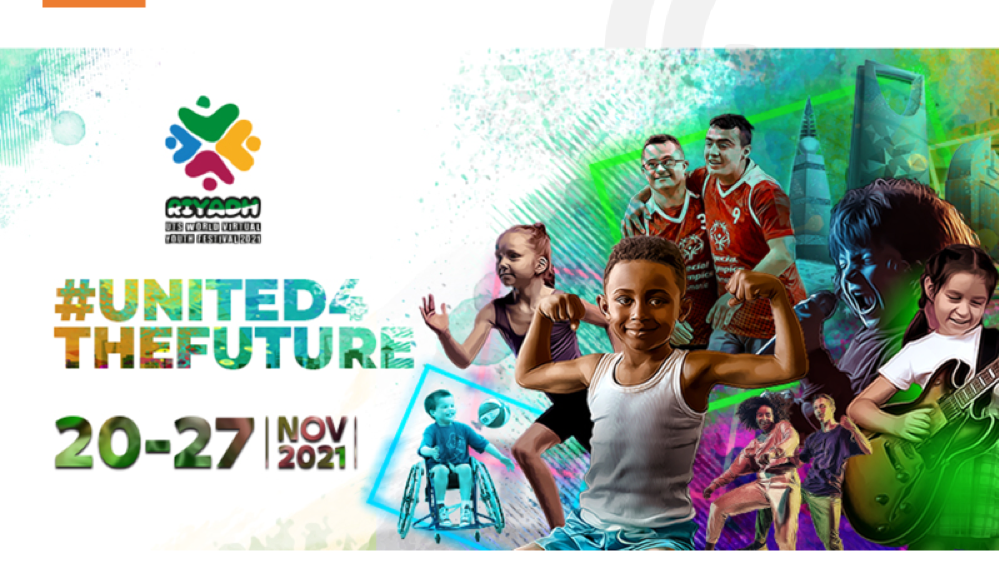 AIMS is privileged to be one of the most important founding members of UTS, under and with the support from SportAccord, the Sports Festival was inaugurated in 2018 at SportAccord Convention in Bangkok. 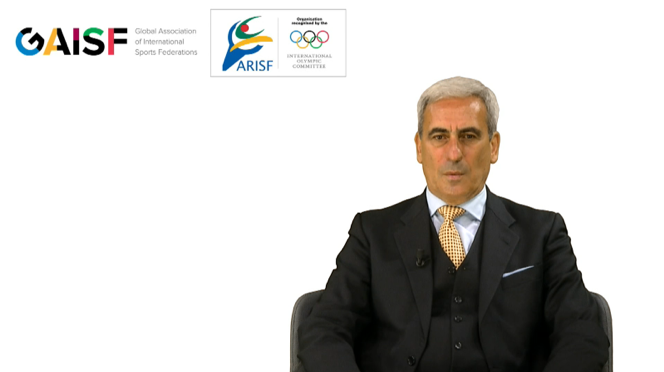 The UTS World Virtual Youth Festival was innovative during the pandemic, bringing together over one hundred organisations for the benefit of the youth of the world. The festival promotes inclusion, nondiscrimination and equality. A special thank you was given to Thailand for hosting the UTS World Virtual Youth Festival in 2020 and to the kingdom of Saudi Arabia and the National Olympic Committee under the presidency of His Royal Highness Prince Abdulaziz bin Turki Al Saud for being the host of the 2021 edition. 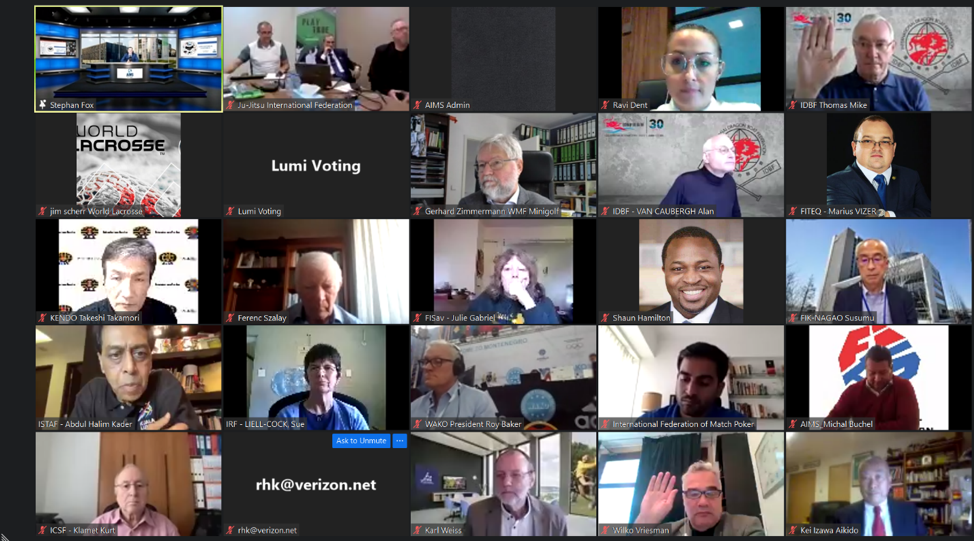 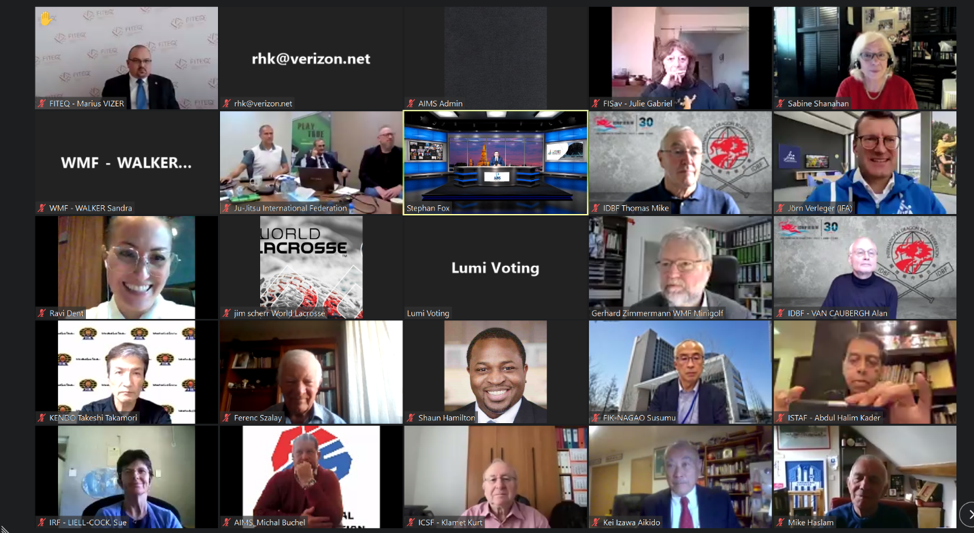 Special gratitude was also given to the CEO of UTS Julia Govinden. GAISF/SportAccord President, Raffaele Chiulli gave a welcome speech thanking the AIMS members for their continued contribution and being recognisable members of GAISF. President Fox thanked President Chiulli for all his support over the years, as well as thanking SportAccord Managing Director, Nis Hatt for all their close cooperation in helping AIMS members to be visible within SportAccord.

The IOC Sports Department represented by Andrew Hofer made a detailed report, thanking AIMS for their continued support which, in itself, reflects in the recognition process with six sports receiving full recognition by the IOC. The AIMS Council thanked the IOC sports department led by Kit McConnell, Irina Gladkikh, Céline Moyat Pérez and Andrew Hofer for all their close cooperation.

President Fox thanked the outgoing Council for all their contribution over the years and the cooperation towards the success of AIMS, namely Karl Weiss, Robert Keller and Mike Haslam.

The AIMS Council is looking forward to the continued cooperation with the IOC, GAISF and SportAccord, placing their athletes at the centre of all their doings. AIMS strongly believes in the power of working together towards positive change and cooperation is the key to success. aims.sport