(Video from NASA TV can be found here)

López-Alegría is a Four-Time NASA Astronaut, Currently Holds Two NASA Records for Spacewalks and Will Command #AX-1, the First Private Spaceflight to the ISS in 2022

On Saturday, November 13, 2021, Astronaut Michael López-Alegría  was inducted into the prestigious United States Astronaut Hall of Fame®. López-Alegría was inducted alongside fellow Veteran Astronauts Pamela Melroy and Scott Kelly as part of the 19th class of honorees to join this esteemed society. The ceremony was held at Kennedy Space Center Visitor Complex in Cape Canaveral, Florida, and attended by numerous former Astronauts, special guests, friends, family and fans. 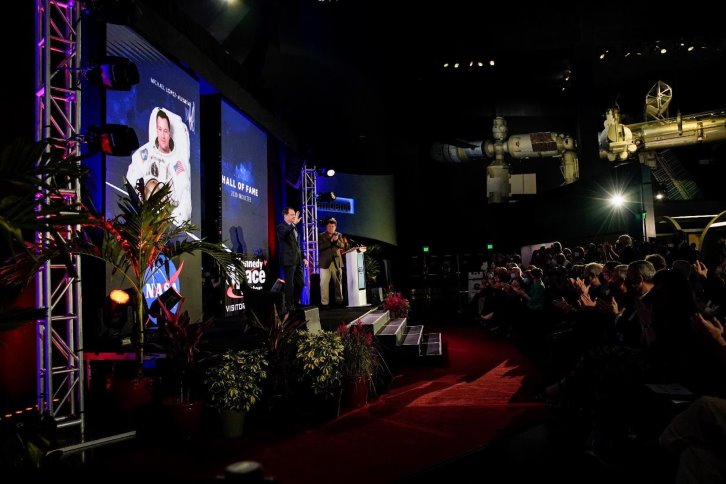 In his acceptance speech, López-Alegría reflected on the humble beginnings of his family, and expressed thanks for the support and inspiration of his parents to become an Astronaut.

“I got my lust for travel and adventure from my mother; my father imbued in me the notion that anything is possible. It is in great part because of them that I’m here.”

As a longtime advocate for the commercialization of space, López-Alegría also emphasized the need for government space agencies to do their part to facilitate the establishment of a robust economy in low Earth  orbit in order to provide a seamless transition from government to commercial space stations.

“While it is the role of governments to expand new frontiers and to then step aside in favor of commercial entrepreneurs, without a profit incentive, the merchants will stay home. NASA can ill afford a gap in access to a LEO platform; it must expand its horizons and allow Private Astronaut Missions to plumb the gamut of revenue generating opportunities – including advertisement, brand placement, and even entertainment.” 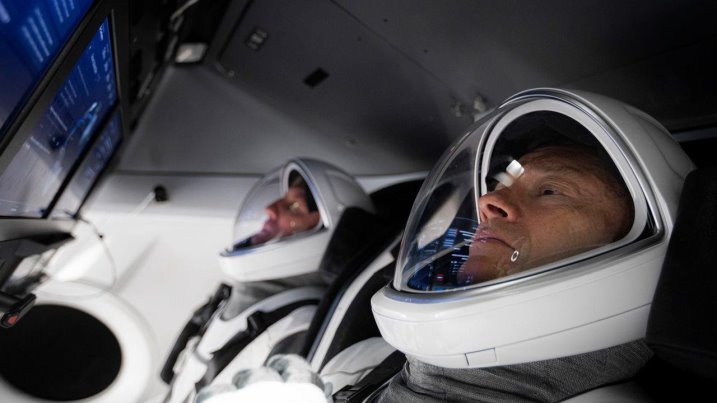 In closing, López-Alegría, expressed his gratitude for the honor and during the plaque reveal, and in a light- hearted moment of the ceremony, was inspired to take the very first “Astronaut Double Selfie” with his own  image that was engraved on his Astronaut Hall of Fame plaque. The moment spurred the event host to ask Astronaut López-Alegría if “he would be doing the same upon his return to Space”, to which López-Alegría smiled and nodded, to the delight of the audience. (See video here). 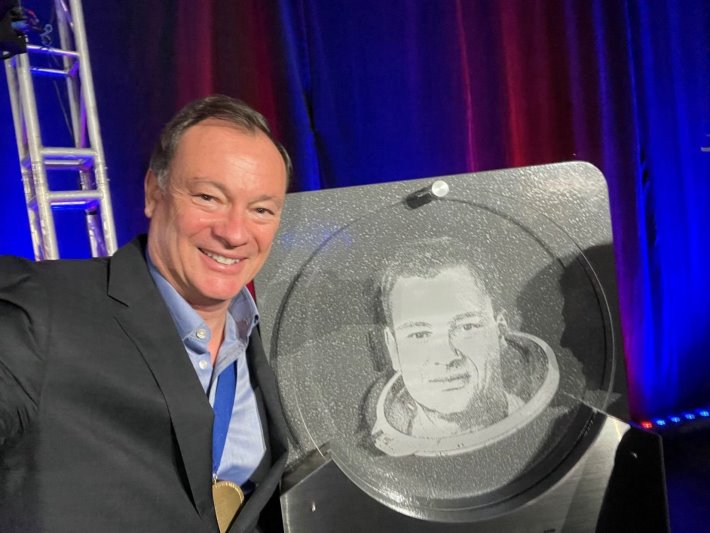 Michael López-Alegría was born in Madrid, Spain and immigrated as a young boy with his family to the United States. He has over 40 years of aviation and space experience with the U.S. Navy and NASA in a variety of roles including Naval Aviator, engineering test pilot and program manager, NASA astronaut, and International Space Station Commander. López-Alegría is currently the Vice President of Business Development for Axiom Space, and has been selected to command the crew of Ax-1, the first fully private mission to the ISS in human history. He is a four-time astronaut, having flown on Space Shuttle missions STS-73, STS-92, and STS- 113, and served as Commander of ISS Expedition 14 (flying to and from the ISS aboard Soyuz TMA-9). He holds NASA records for the most Extravehicular Activities (EVA) or “space walks” (10) and cumulative EVA time (67 hours 40 minutes). He was inducted to the U.S. Astronaut Hall of Fame as a 2020 inductee on November 13, 2021.

López-Alegría is the former President of the Commercial Spaceflight Federation, where he was a spokesman, thought leader and advocate with the U.S. Congress and pertinent Executive Agencies for favorable public policy on behalf of the commercial spaceflight industry. He has served on several advisory boards and committees of public and private organizations, including the Human Exploration and Operations Committee of the NASA Advisory Council and the Commercial Space Transportation Advisory Committee to the FAA.

López-Alegría is the Chairman of ASTM International’s Committee on Commercial Spaceflight as well as the past President of the Association of Space Explorers USA, a professional and educational organization of current and former Astronauts.

For more information, please visit www.MLASpace.com and follow his journey on socials @CommanderMLA . 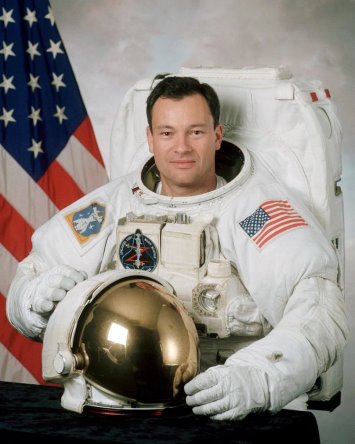 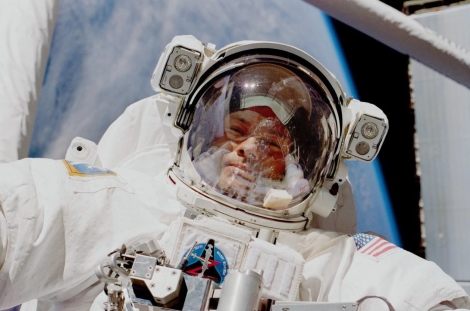 Astronaut Michael E. Lopez-Alegria, is photographed in this close-up view during one of the STS-92 sessions of extravehicular activity (EVA). Photo: NASA  truepublicrelations.com