Largest Civil Disobedience Campaign by Scientists in History: Over 1,000 Scientists Across the Globe Taking Part

Starting today, April 6th, over 1,000 Scientist Rebellion activists in over 25 countries, are taking disruptive, non-violent actions and engaging in civil disobedience targeting governmental, scientific and corporate institutions, some risking arrest in order to highlight the urgency and injustice of the climate and ecological crisis.

Already, actions have taken place in Italy (Rome, Turin, Venice), Denmark (Copenhagen), Spain (Madrid), UK, and Germany involving hundreds of scientists.There have been multiple arrests including four in Rome, one in London,  and two in Copenhagen. In Spain 53 rebels were detained after throwing “blood” on the facade of the National Congress. Talks and outreach activities are taking place in countries including Sierra Leone, Malawi, Nigeria, and the DRC involving hundreds of scientists and students. Later today, actions are expected in Panama, the USA, the Netherlands and other countries.

This comes after the release of the third part of the 6th IPCC report, which the group leaked an early version of last August. As expected, the final report was watered-down by governments around the world in its calls for action and the severity of the crisis. Despite this, UN Secretary General António Guterres said, “This report is a litany of broken climate promises. We are on a fast-track to climate disaster. We are in a climate emergency.”

The scientists are acting under the slogan “1.5°C is dead, climate revolution now!”. Dr. Rose Abramoff, a US climate change scientist, warns that “we have not made the changes necessary to limit warming to 1.5°C, rendering this goal effectively impossible. We need to both understand the consequences of our inaction as well as limit fossil fuel emissions as much and as quickly as possible. As scientists, we tend to be risk-averse. We don’t want to risk our jobs, our reputations, and our time. But it is no longer sufficient to do our research and expect others to read our publications and understand the severity and urgency of the climate crisis. On the 6th of April, together with hundreds of others around the globe, I will take action to urge governments and society to stop ignoring the collective findings of decades of research. Let’s make this crisis impossible to ignore.”

Prof. Jorge Riechmann, a social scientist from Spain, argues further that “we are experiencing an absolutely exceptional historical situation, in terms not only of the history of our universities, our cities or our countries, but of the history of the human species and planet Earth writ large. The prospects are ecocide, plus genocide, and require a strong social reaction. We are hundreds of scientists calling on our colleagues across disciplines to join us in the streets, to live up to the truth of the words we write: that if we do not act now, not only is total catastrophe certain; but it would occur in the most unjust way possible, where those who have done the least to cause the problem are those who suffer most from it. I feel a moral obligation to prevent this from happening.”

Scientist Rebellion co-founder Mike Lynch-White, former Theoretical Physics PhD candidate turned full-time climate activist, explains scientists’ need for action this way: “Imagine two people are sitting in a house. One turns to the other and calmly states that the house is on fire and the roof is about to collapse and kill them both, before going back to their morning newspaper. It would be completely unreasonable for the other person to believe the threat, no matter how real it is.”

Scientist Rebellion is on the streets between April 4th and 9th, acting like our house is on fire. Because it is. 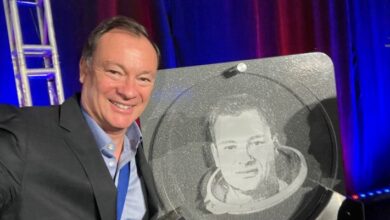