The number of microbial enzymes with the ability to degrade plastic is growing, in correlation with local levels of plastic pollution. That is the finding of a new study from Chalmers University of Technology, Sweden, that measured samples of environmental DNA from around the globe. The results illustrate the impact plastic pollution is having on the environment, and hint at potential new solutions for managing the problem.

The problems of global plastic pollution are all too widespread, as mass-production of plastic has exploded in the last 70 years or so – from around 2 million tonnes per year to around 380 million. This has given sufficient evolutionary time for various microbes present in the environment to respond to these compounds, and many different enzymes have been discovered in previous studies with the ability to degrade different plastics.

The new study, recently published in the scientific journal mBIO, analysed samples of environmental DNA from hundreds of locations around the world. The researchers used computer modelling to search for microbial enzymes with plastic-degrading potential, which was then cross-referenced with the official numbers for plastic waste pollution across countries and oceans.

“Using our models, we found multiple lines of evidence supporting the fact that the global microbiome’s plastic-degrading potential correlates strongly with measurements of environmental plastic pollution – a significant demonstration of how the environment is responding to the pressures we are placing on it,” says Aleksej Zelezniak, Associate Professor in Systems Biology at Chalmers University of Technology.

More enzymes in the most polluted areas

In other words, the quantity and diversity of plastic-degrading enzymes is increasing, in direct response to local levels of plastic pollution. In total, over 30,000 enzyme ‘homologues’ were found with the potential to degrade 10 different types of commonly used plastic. Homologues are members of protein sequences sharing similar properties. Some of the locations that contained the highest amounts were notoriously highly polluted areas, for example samples from the Mediterranean Sea and South Pacific Ocean.

“Currently, very little is known about these plastic-degrading enzymes, and we did not expect to find such a large number of them across so many different microbes and environmental habitats. This is a surprising discovery that really illustrates the scale of the issue,” explains Jan Zrimec, first author of the study and former post-doc in Aleksej Zelezniak’s group, now a researcher at the National Institute of Biology in Slovenia.

Every year around 8 million tonnes of plastic escapes into the world’s oceans. The natural progresses for plastic degradation are very slow – the lifetime of a PET-bottle, for example, can be up to hundreds of years. The growth and accumulation of plastic waste in the oceans and on land is a truly global problem and there is an increasing need for solutions to manage this waste. The researchers believe that their results could potentially be used to discover and adapt enzymes for novel recycling processes.

“The next step would be to test the most promising enzyme candidates in the lab to closely investigate their properties and the rate of plastic degradation they can achieve. From there you could engineer microbial communities with targeted degrading functions for specific polymer types,” explains Aleksej Zelezniak.

The article, Plastic-Degrading Potential across the Global Microbiome Correlates with Recent Pollution Trends, is published in the journal mBio. It was written by Jan Zrimec, Mariia Kokina, Sara Jonasson, Francisco Zorrilla and Aleksek Zelezniak.
More evidence of a connection from comparing land and sea

The plastic-degrading enzymes which the researchers found were widely distributed across both ocean and soil microbiomes – a microbiome is the entire set of microbes present in a specific environmental location or group of locations.

A lot of variation was encountered in the number and type of plastic particles, as well as plastic-degrading enzymes, found between the land and ocean samples. For example, the land samples contained many more phthalate-based plastic additive compounds. These are commonly used in all sorts of processes, and are known to be particularly susceptible to leaking during production, disposal, and recycling – processes which take place mainly on land. In correlation, more enzymes which were able to degrade these plastics were indeed found in the land samples, indicating a connection between the two.

The ocean samples also revealed how the quantity of enzymes with degrading capability increased with depth. The dataset involved 67 locations from 8 oceans, at 3 different depths, and showed consistent higher levels of degrading enzymes at deeper levels – again, indicating a connection to the greater level of microplastics that have been repeatedly observed at deeper levels in the ocean.

More information about how the researchers catalogued the enzymes

The researchers compiled a data set of 95 previously known enzymes with plastic-degrading or modifying capability. They then used ‘Hidden Markov Models’ to search through data taken from some of the largest global metagenomic studies to identify homologous sequences from 236 locations. The researchers used samples of the internal human microbiome as a control for false positives – no plastic-degrading enzymes have as yet been identified within humans, despite concerns of microplastic-ingestion.

They identified a total of around 30,000 enzyme hits, circa 12,000 in the ocean microbiome and 18,000 in the soil, corresponding to 10 major commercial plastics, including 6 polymers and 4 additives. Nearly 60% of the identified plastic-degrading enzymes did not map to any known enzyme classes, suggesting that the researchers uncovered novel plastic-degrading functional content.

Chalmers University of Technology in Gothenburg, Sweden, conducts research and education in technology and natural sciences at a high international level. The university has 3100 employees and 10,000 students, and offers education in engineering, science, shipping and architecture.

With scientific excellence as a basis, Chalmers promotes knowledge and technical solutions for a sustainable world. Through global commitment and entrepreneurship, we foster an innovative spirit, in close collaboration with wider society.The EU’s biggest research initiative – the Graphene Flagship – is coordinated by Chalmers. We are also leading the development of a Swedish quantum computer.

Chalmers was founded in 1829 and has the same motto today as it did then: Avancez – forward.chalmers.se 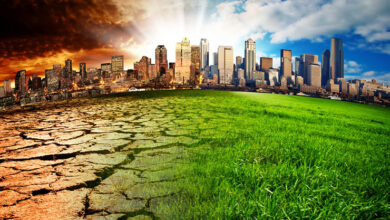 Only Technology can Solve the Climate Crisis: Yaron Ben-Nun, CTO at Nostromo 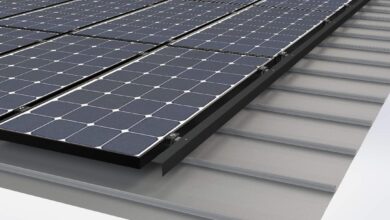 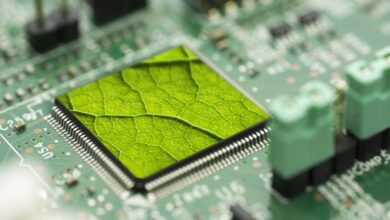