The UK Ministry of Defence’s (MoD) recent annual report for 2020-2021, which shows that the department is either meeting or exceeding most of its sustainability targets, is a positive step for an industry that is comparatively less enthusiastic about enacting change when it comes to environmental, social, and governance (ESG), according to GlobalData.

The leading data and analytics company notes that the aerospace, defense and security (ADS) sector ranked at the bottom of several survey questions* looking at the ESG activities of various industries. For example, in the question ‘Do you plan to increase investment in the next five years to meet ESG goals?’, only 70% said yes. While this may look like a high percentage, this response places the sector at 19 out of 20 industries surveyed—the top being the power industry, at 91%; oil & gas, at 88%; telecom, at 87%; and automotive, at 85%. 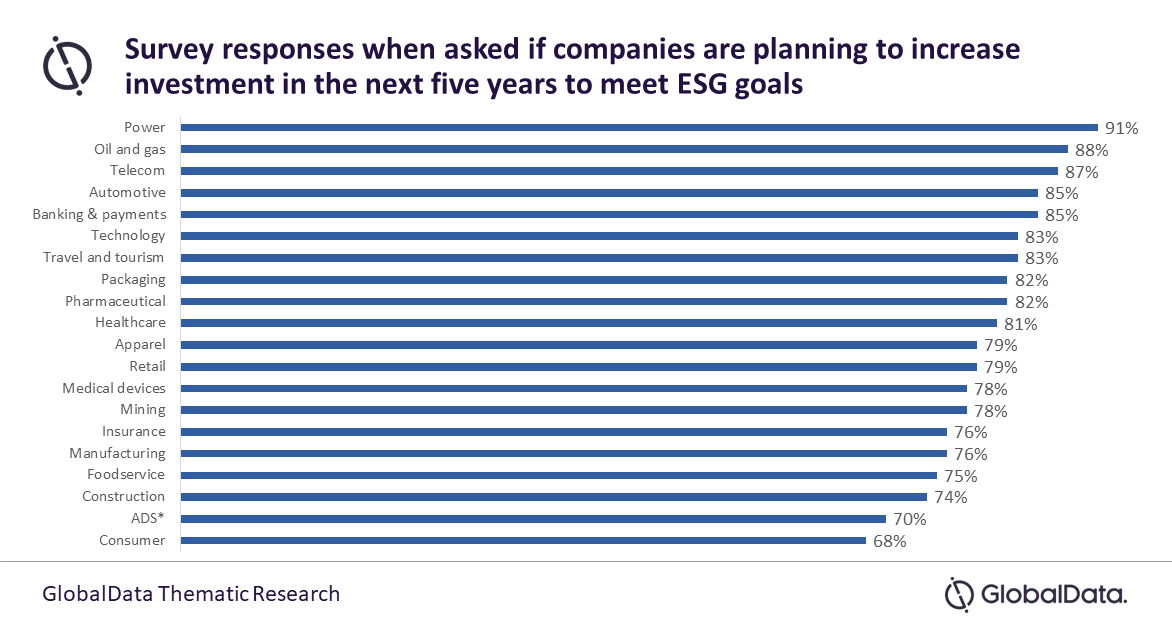 Madeline Wild, Associate Defense Analyst at GlobalData, comments: “The MoD has demonstrated a real commitment to its sustainability and net zero targets. Investments such as energy efficiency improvements and land use changes don’t grab headlines like projects such as sustainable aviation fuels and electric combat vehicles, but these are just as necessary to meet environmental goals. For example, 2009-10 baseline estate emissions were 1.34 million tonnes of CO2, which has already been reduced by 49% to 0.66 million tonnes annually.

“However, achieving sustainability goals requires actions beyond the MoD estate itself, with potential future success also rooted in the practices of the UK defense industry, and international suppliers to the MoD.”

The ADS sector also came at the bottom of a question asking whether ESG played a role in decision making, with 74% responding that it played a major role, compared to the top performers: packaging, at 96%; mining, at 94%; automotive, at 92%; and oil & gas, at 92%. 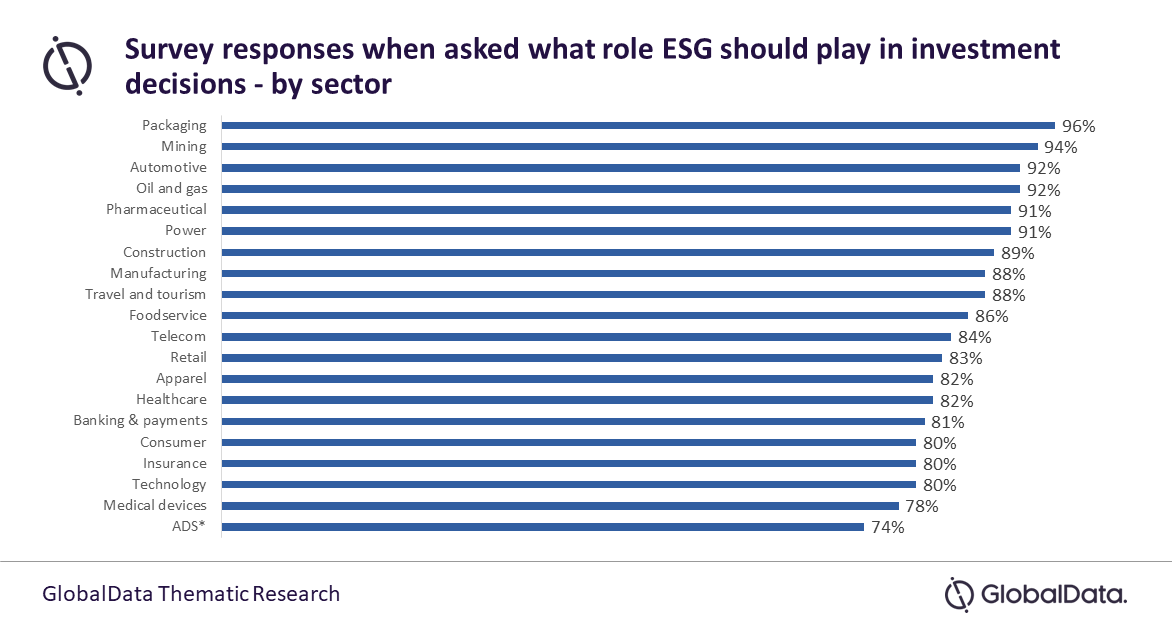 Wild continues: “By 2025, the ESG practices of prospective partner companies will be considered before the MoD awards any contracts. This is a huge development that shows the MoD’s holistic approach to sustainability. This will benefit companies such as Northrop Grumman and Rolls-Royce, which score a ‘5’ for the ESG theme in GlobalData’s Thematic Defense Scorecard** who are both making efforts to reduce the environmental footprint.”

There is still room for improvement within the MoD—especially when it comes to business travel emissions, which GlobalData notes shouldn’t be taken at face value.

Wild adds: “Granted, 2020-21 saw a 95% reduction in the number of domestic flights against the 2009-10 baseline—reducing CO2 emissions by 28%—but these successes are heavily influenced by COVID-19 travel restrictions. If we consider the three previous years, no reductions were made. All areas of sustainable development need to be considered, if targets are to be reached—travel habits of MoD staff included.”

* Survey questions part of a survey conducted in October, 2021. A total 1,500 ESG leaders and executives worldwide were surveyed.

** GlobalData’s thematic scorecards rank companies based on overall leadership in the 10 themes that matter most to their industry, generating a leading indicator of future performance. ESG was identified as one of the top 10 themes for the defense industry. 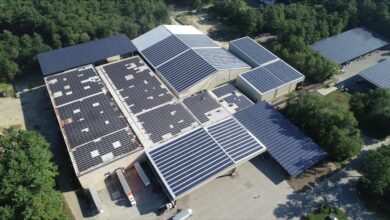 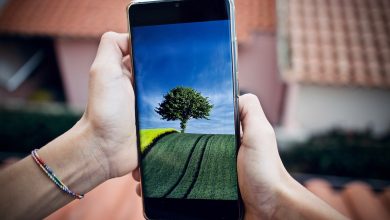