The CEO of Dreamsland Sports Plus, Emmanuel Olla Williams who doubles as Youth Director of the Ghana Olympic Committee (GOC) has called on the government and people of Ghana to rally behind World Boxing Organisation’ s (WBO) Super Bantamweight Champion, Isaac Dogboe as he defends his title belt against ….in the United States. 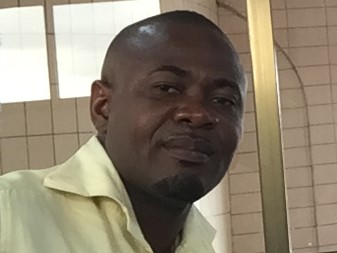 Emmanuel Olla William who collaborated with the PE Unit of the Ghana Education Service (GES) and sponsored by Kasapreko Company Ltd, producers of Veraldo soft drink to organize sports and health programmes for 20 selected Senior High Schools said it is a national and international affair, so the President must get involved to support Isaac Dogbe to defend his WBO title on August 25, 2018.

Already, Japan’s Hidenori Otake has vowed to win his first World Title by beating Ghana’s Isaac Dogboe on August 25th at the Gila River Arena in Glendale, Arizona. Otake will be challenging Dogboe for the WBO World super bantamweight belt.

“I would like to express my appreciation to everyone who made this fight possible.

I am truly grateful for this opportunity,” Otake said. “In capturing the world title for my first time on Aug. 25, I’d like to show everyone that age does not matter. Since comments can reveal strategy, I can’t say anymore.”

Otake (31-2-3, 14 KOs), from Tokyo, has been a professional for more than 12 years and is riding a nine-bout winning streak dating back to Nov. 22, 2014. On that day, he challenged Scott Quigg for the WBA super bantamweight title, dropping a unanimous decision. He won the vacant Oriental and Pacific Boxing Federation (OPBF) title on March 17, 2017 with a unanimous decision against Jelbirt Gomera.

Otake defended the OBPF title three times, most recently scoring a 10th-round TKO over Brian Lobetania in Tokyo on March 13.

Dogboe (19-0, 13 KOs) established himself as one of boxing’s best young champions in 2018 with a pair of signature victories. He knocked out Cesar Juarez in the fifth round on Jan. 6 in his hometown of Accra, Ghana, to win the interim WBO junior featherweight title. On April 28 in Philadelphia,

Dogboe won the title in dramatic fashion, surviving a first-round knockdown to stop Jessie Magdaleno in the 11th round in a Fight of the Year contender.

A 2012 Olympian, Dogboe had a rapid rise through the pro ranks, winning the WBO Oriental and WBO Africa featherweight titles en route to junior featherweight title contention. Boxing is in the Dogboe lineage as his father/trainer, Paul Dogboe, once served as a boxing coach and a physical instructor in the British Army.

Emmanuel Olla Williams said sports, and for this matter boxing can and must unite the nation. He urged that Dogbe must be the rallying point for Ghanaians to unite and be focused on peaceful developments.

He commended the youth Ghanaians shining at the African Youth Games in Algeria.

Sir Elton John: ‘I Tried To Steer George Michael Away From Drugs’