Following a successful launch of the first Annual Back2Africa Festival, Ghana’s 61st Independence Celebration, and The Ghana Tourism US East Coast Visit to promote Ghana as a prime tourism destination, The Adinkra Group and The Ghana Tourism Authority continue their efforts to promote Ghana as a prime tourist, business and alternative/joint living destination for African Americans in 2019 and beyond.

To bolster this effort, a team of writers and photographers from the iconic, EBONY Magazine, will embark on a week-long tour of Ghana starting August 21 to August 31.

The team will visit a number of historic tourism attractions and pay courtesy calls on traditional rulers in Greater Accra, Ashanti, and Central regions. They will also speak with Madam Catherine Abelema Afeku, the Minister of Tourism, Arts and Culture, officials of the Ghana Tourism Authority and participate in this year’s Chale Wote Arts Festival, as well as interact with members of the African-American Association of Ghana. The year 2019 marks exactly 400 years since 1619 when the first documented enslaved Africans came to Jamestown, VA aboard a Portuguese slave ship that had been captured in the West Indies and brought to the Jamestown region. This is widely recognized as the start of the TransAtlantic Slave Trade or Middle passage where millions of Africans were kidnapped from their villages and brought to America as free labor.

It’s wholly appropriate for Ghana to serve as the Gateway to Africa and be the first African Nation to welcome Africans in the diaspora home.  Ghana’s claim to the position of gateway to the Homeland is well grounded in the fact that it was a major West African exit point for slaves during the Middle Passage. 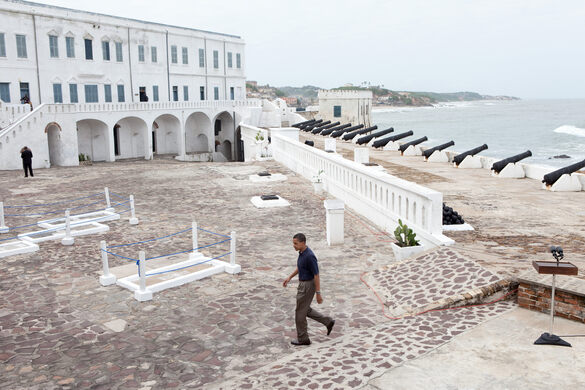 Furthermore, Ghana boasts the largest African American population than all other African nations.Coined, They Year of Return 2019, this partnership will focus primarily on three diaspora festivals as a direct way for African Americans to reconnect with Africa:This festival is a celebration of Black History Month during the last week of February through Ghanaian Independence Day in the first week of March, connecting African American cultural art forms with the music and culture of Ghana West Africa. Back2Africa connects the dots from the roots to the branches throughout the diaspora. Two Cultures. One Foundation.

Emancipation Day is an annual event in Ghana. Emancipation was originally celebrated in the Caribbean to commemorate the final abolition of Chattel Slavery in the British colonies on 1st August 1834. Ghana became the first African nation to join in the celebration in 1998 to re-affirm its status as the Gateway to the African Homeland of Diasporas.

Ghana has committed to working towards streamlining citizenship for Africans in the diaspora and this festival marks that effort and time when citizenships will be granted.