For the past eight years at the end of every August the James Town suburb of Ghana’s capital Accra has been taken over by the Chale Wote street art festival. During the festival, thousands of people, including local celebrities, artists, musicians, boxers and everyday revellers, move up and down the streets mostly by foot and at times on roller skates or unicycles. The act of walking is crucial to the festival. During Chale Wote walking takes the form of chiefs’ processions, priests’ meditative movement through specific sites, and personal expressions of creativity and fashion. This surge of movement reflects the Ga words “chale wote” which mean “friend, let’s go”. 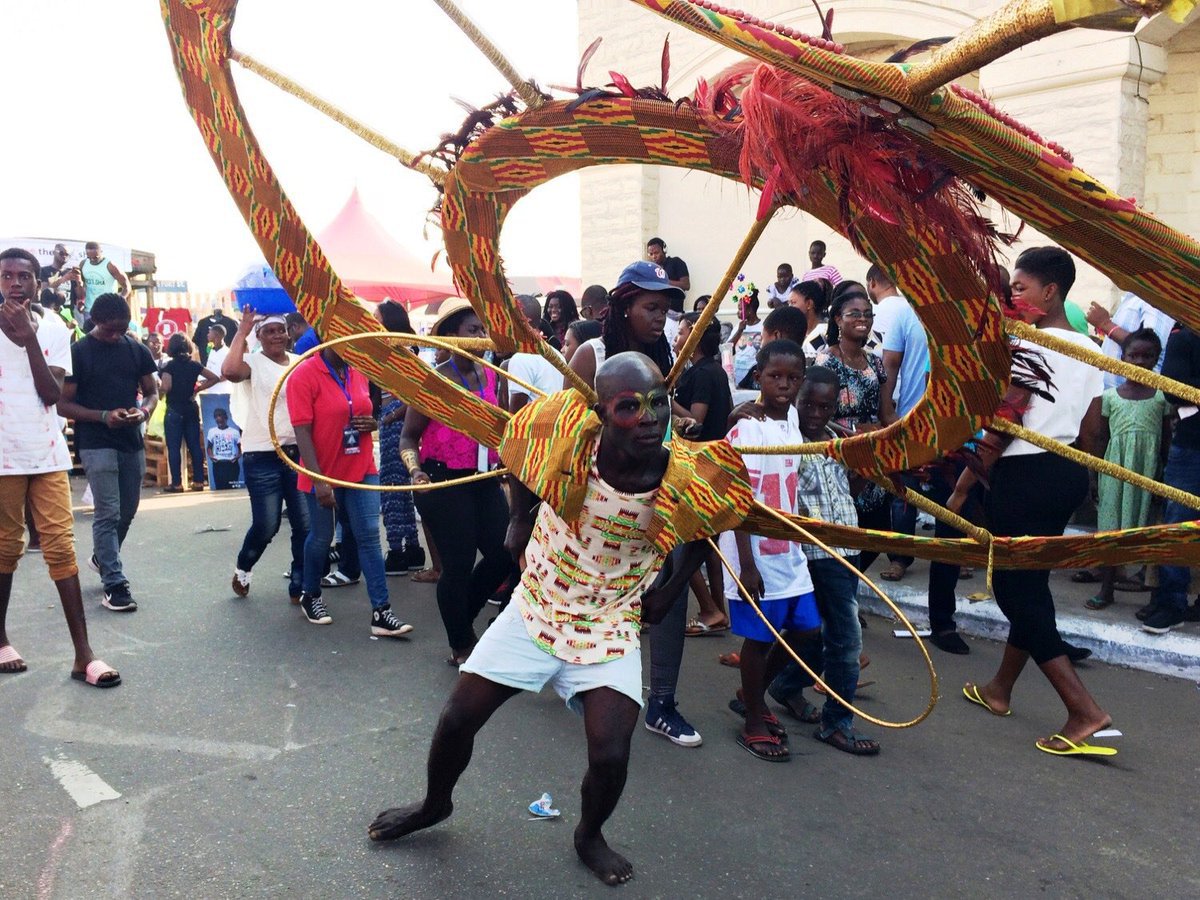 The festival aims to engage with a broad audience by creating art and performances in public spaces. Most activities take place on Cleland Road and at two forts that were once colonial trading posts. Ussher Fort was built by the Dutch in 1649 and James Fort was built by the British in 1673.

Days ahead of the main Chale Wote events, organisers hold a procession through town with local chiefs and priests. This Day of Remembering acknowledges the historical and spiritual context of James Town and seeks blessings from the local community and the ancestral spirits.

On the Day of Remembering prayers are offered at the gate of the ancestral home Sempe Mantse We. During a slow, meditative walk to Brazil House, libations of gin are offered at each intersection.

The chief from Otublohum, one of four Ga town quarters established in Dutch Accra in the nineteenth century, joins the procession to Brazil House.

Now an art gallery and the organisational home of the Chale Wote festival, Brazil House recalls the history of about 3000 to 8000 freed African slaves who left Brazil in the early nineteenth century to return to the West African coast. The first group arrived in Dutch Accra in 1829. Welcomed by the Otublohum Ga people they were offered land where they built Brazil House.

At Brazil House, the Nai Priest who oversees the protection of the ocean, further invokes the presence of the spirits through libations and prayers. The festival is then officially declared open.

During the festival art installations and performances are created inside Ussher Fort and James Fort. These forts were used by European colonialists for the trade of slaves, and this traumatic history is palpable as participants walk through these spaces.

James Fort was used as a prison until 2008, and was shut down due to severe overcrowding. Although the Ghanaian government planned to turn it into a museum to honour the memory of slaves, it remains a broken-down, ghost-like shell.

This year Ghanaian artist Percy Nii Nortey enshrouded the slave auction courtyard of James Fort with old rags previously used by car mechanics. The artist stitched the rags together, conceptually linking the residual histories and stories that seemed to linger silently in the repurposed oily rags to the haunting histories and experiences of enslaved people who passed through this fort.

At the site of Nortey’s installation, old metal locks that were used to tie slaves up still protrude from the ground. As the light filtered through the grubby rags, the curtain-like walls that wrapped around the space evoked stained-glass windows, creating the atmosphere of a sacrosanct space.

Nortey’s installation was directly opposite the entrance to the prison cell of Ghana’s first president, Kwame Nkrumah. Nkrumah was arrested in 1950 when the colonial government declared a state of emergency, banning processions and imposing a curfew – testament to the potentially subversive power of walking and marching.

Harare based artist Kresiah Mukwazhi linked the trauma of the past to current affairs in Zimbabwe. She performed “Take me back to Osibisa” in a space between Nkrumah’s cell and the slave auction courtyard. Washing the hands of festival attendees, she questioned whether she has blood on her hands for not voting in the recent Zimbabwe elections.

Inside a prison cell she wrote,

Washing ones hands of the conflict between the powerful and the powerless means to side with the powerful, not to be neutral.

While parts of James Town seem to be forgotten and derelict buildings suggest lost opportunities to preserve history for younger generations, valuable knowledge is still being shared by a few who grew up in the area and revere their history.

An important site along the Chale Wote pedestrian route is the Deo Gratias Studio, a black and white photography studio established in 1922 by James Koblah Bruce-Vanderpuije. Also known as Nile Kofi Bruce, Bruce-Vanderpuije photographed key historical events in Ghana. He later handed the studio over to his son Isaac Hudson Bruce-Vanderpuije, and today it is run by his granddaughter Kate Tamakloe.

Stepping into the Deo Gratias Studio as a reprise from the festival crowd, I met local author DA Tetteh who wrote “James Town, British Accra: History, Luminaries & Landmarks” with KY Tuafo. The book had just been launched at the James Town Boutique. Run by Nii Marmah, the James Town Boutique functions as a gallery, a bar and an ad hoc chess club. It has a unique flair for supporting local intellectuals who have a passion for their historic town.

While the main pedestrian route of Chale Wote turns into a vibrant street party for two days, there are numerous detours that open up the history of James Town. Walking becomes the evocative mechanism for shedding light on this history and for igniting public space.

This article is republished from The Conversation under a Creative Commons license. Read the original article. 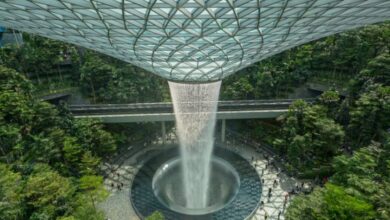