Events unfolding in Ghana over the past 18 months paint a gloomy picture of the press freedom situation in the country.

Attacks on journalists have been rampant and severe, there is a growing sense of intimidation of the media, and a growing culture of intolerance for dissenting views. There has been arbitrary and discriminatory enforcement of laws to shut down mainly pro-opposition media outlets. The independent broadcast media industry has been battling government over industry-crippling policy proposals.

During the 18-month period, the Media Foundation for West Africa (MFWA) has documented 31 cases of violations against journalists and media houses. The 31 attacks have involved over 40 victims as some attacks involve multiple individuals.

The majority of these violations have been physical attacks and severe threats. There has also been one incident of murder and for the first time in over a decade, the MFWA had to provide a safe haven support to a Ghanaian journalist who faced death threats.

In the latest of a series of very sad developments for media freedom in Ghana, National Security operatives on June 27, 2019, stormed the offices of an online media, ModernGhana.com, and arrested two of its staff, including a deputy editor.

The operatives, who did not present any warrant, arrested the journalists, blindfolded them and took them to offices of the national security. The journalists have subsequently reported that they were tortured.

Whatever crime the media house and/or its journalists might have committed, the Rambo-style raid, arrest, seizure of equipment and arbitrary detentions, and above all, the reported torture of the journalists are a sad spectacle, which is typical of military and autocratic regimes. These are unimaginable developments in Ghana, a country with a globally respected human rights and press freedom records.

Apart from the rampant abuses against journalists, the current government has also sought to introduce a number of unfriendly media industry policies. On June 6, 2019 for example, the Ghana Independent Broadcasters Association (GIBA) and other stakeholders had to convene a forum to contest a draft policy by the government that seeks to encrypt all free-to-air television channels in the country and to grant conditional access to viewers subject to the payment of digital access fees.

These developments have the potential of reintroducing the once dreaded culture of silence in the country. They also affect the capability of the media to be critical players in the growth of the country’s nascent democracy. Democracy cannot certainly thrive without press freedom. Governments that truly uphold the fundamental principles of democracy should, certainly, appreciate the importance of a free media and must at all times act in ways that not only guarantee press freedom but support media development.

The MFWA calls the President of the republic to take a personal interest in the on-going development in the media space and personally intervene to ensure that press freedom and safety of journalists are fully guaranteed. The creeping culture of attacks, intimidation, threats and censorship must cease and perpetrators must be punished to end the culture of impunity in Ghana.

What Christine Lagarde As ECB President Means For the Euro

Ghana may lose its best doctors after Brexit-Professor Akosa 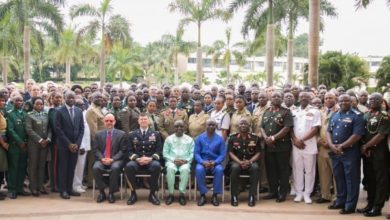 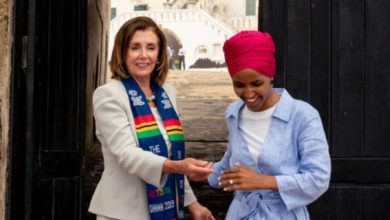