All communities living on the periphery of the Bili-Mbomu Protected Area Complex practice bushmeat hunting and agriculture as income-generating activities, a new survey by the African Wildlife Foundation (AWF) has shown. The survey shows a heavy reliance on natural resources for livelihood, contributing to the degradation of biodiversity in the landscape.

100 percent of respondents reported their involvement in bushmeat hunting and crop growing, 83 percent are involved in fishing, goat, and poultry rearing, while 67 percent practice gold panning. Forests and rivers were identified as the most important natural resources for the provision of food and incomes at the household level.

“From these results, we deduce that the hierarchy of ecosystems in terms of benefits to the communities is as follows: the river for household use, fishing, mining, and communication; followed by primary forests for hunting, traditional medicine, agriculture, and refuge during times of insecurity. Of lesser importance were agricultural fields, secondary forests, wooded savannah, the lowlands, and grassy savannah,” stated the report.

Human activities have been identified as the chief cause of biodiversity loss and climate change, with a report published by a United Nations-backed panel called the Intergovernmental Science-Policy Platform on Biodiversity and Ecosystem Services (IPBES) in 2019 stating that human beings are driving over a million species to extinction in the next few decades.

“75% of the terrestrial environment has been “severely altered” to date by human actions,” stated the IPBES report. The authors, however, acknowledged that land managed by indigenous communities is declining at a slower rate. In these previously intact landscapes, local livelihood activities such as agriculture have been identified as the major cause of the deterioration of nature.

Survey findings are helping to inform AWF interventions in the Bili-Mbomu landscape, designing alternative livelihoods that do not further compromise biodiversity, including sustainable farming. The AWF survey sought to further understand the way of life and the problems of the riparian communities in the central zone of the landscape in order to evaluate their footprint in terms of natural resource use. It targeted six riparian communities (Gumbu, Zee, Bulumasi, Basikpio, Yakpa, and Dengu) and was conducted in May 2021. It is part of the conservation activities funded through the European Union’s ECOFAC6 program in Central Africa.

“The resulting report from the survey will be a guideline document for consultants and future partners of the DCBU. This will help them orient their actions in the landscape and focus future funding in a specific area and location,” said Dodo Moke, AWF Programme Officer in Bili-Uele, who led the survey.

The African Wildlife Foundation is the primary advocate for the protection of wildlife and wildlands as an essential part of a modern and prosperous Africa. Founded in 1961 to focus on Africa’s conservation needs, we articulate a uniquely African vision, bridge science, and public policy, and demonstrate the benefits of conservation to ensure the survival of the continent’s wildlife and wildlands. 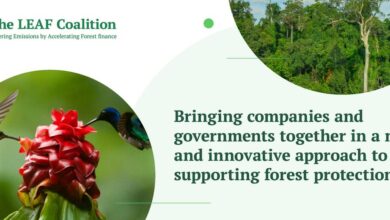 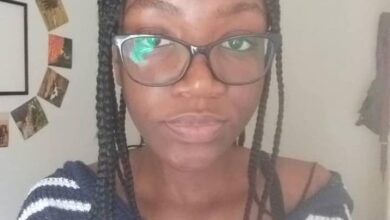 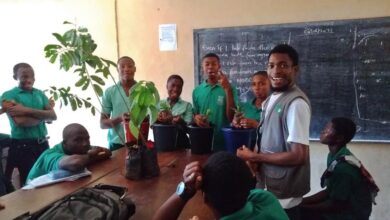