Real Madrid won the Champions League for the third year running thanks to a Gareth Bale brace and comically awful Loris Karius performance for Liverpool. 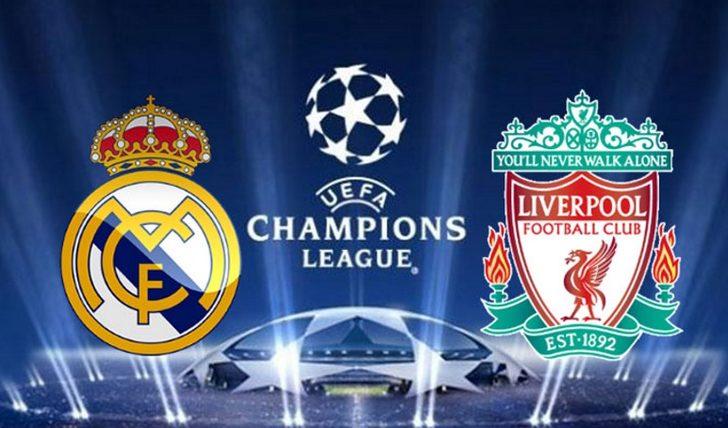 It was a very aggressive start in Kiev from Jurgen Klopp’s side, with a series of shots charged down, while Cristiano Ronaldo blasted just over from a tricky angle.

Trent Alexander-Arnold was in acres of space in the box and Keylor Navas did very well to block the ferocious angled drive.

However, Liverpool’s momentum was ruined when Ballon d’Or contender Mohamed Salah went down in pain after Sergio Ramos pulled him by the arm and they landed very awkwardly indeed. The former Roma star tried to continue for a few minutes, but crumpled to the ground in tears as he realised he had to come off. Moments later, Dani Carvajal was in the same situation, distraught as he pulled up with a muscular problem and needed to be replaced, just as he was in the 2016 Final.

Real Madrid had their biggest chance of the half on 43 minutes, as Loris Karius parried a Cristiano Ronaldo header into the path of Karim Benzema, who was offside when putting the rebound in the net.

Since Salah went off, Liverpool looked like a completely different team and Real should’ve taken advantage straight after the restart when the ball fell kindly to Isco, only for him to smack the bar of an open goal.

The Spaniards did break the deadlock in the most bizarre of circumstances, as Karius threw the ball at Karim Benzema’s leg and it ricocheted into the net. It was an astonishing howler from the goalkeeper.

Liverpool fought back from that horrible opener and equalised, as a corner was nodded down by Dejan Lovren for Sadio Mane to tap in at full stretch.

Gareth Bale came off the bench and made an immediate impact with a spectacular bicycle-kick goal, not dissimilar to the one Cristiano Ronaldo scored against Juventus.

Mane’s scorcher came off the base of the upright and Andy Robertson made a goal-saving last-ditch tackle on Ronaldo, but Karius had another howler in his locker and comically fumbled a long-range Bale strike.

Using the Internet of Things to accelerate Industrialisation in Africa