Mike Redmond, former leader of the NDP on P.E.I., has been in Africa for the last four months working with Veterinarians without Borders.

Redmond and his partner, Aleida Tweten, have been working at a local university and helping create a system to collect rainwater. “We’ve developed a mechanism and system to be able to capture that rainwater in fields and in communities to help the children, to help their livestock to help sanitation,” he said.

Women in the community spend half their waking day gathering water, said Redmond, so systems that help gather water are extremely valuable.

Redmond said his four months in Ghana have been a great learning experience. 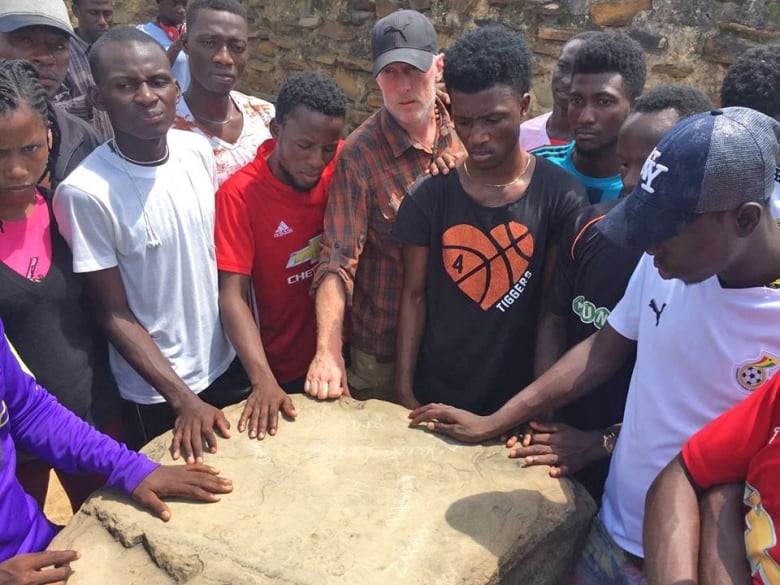 Mike Redmond has been in Ghana for four months. (Mike Redmond/Facebook)

“They have a lot of sun, a lot of fertile land, and it’s very beautiful. The people are absolutely outstanding to work with. They’re very energetic, and I’m learning as much from them as they are from me.”

Redmond has also been coaching soccer during his time in Ghana, and UPEI has been helping with donations for the program.

Anyone wanting to help with the soccer program should get in touch with the UPEI athletics department or the coach of the men’s soccer team.