The IIRC has for some time advocated the recognition of six, rather than the traditional three, forms of capital. Integrated Reporting <IR> requires formal inclusion of non-traditional (or public interest) forms of capital (natural, human and social) as well as standard commercial capital (financial, manufactured, and intellectual) in annual financial statements of capital position and value creation or diminution. Implementation of <IR>, is already underway for a wide range of entities. In the long term, however, this program will take us well beyond giving corporate entities and their shareholders a better idea of the value being added or diminished. Fully applied, it will transform the concept of capitalism and apply much broader social accountability principles to all private and public entities. Its principles, moreover, are as applicable to planned or controlled market economies as to western liberal democracies.  My recent book, The Last Empires, argues, among other things, that <IR> is a logical and necessary development of modern management. It makes a major contribution to evidence-based decision-making and national and global policy-making and governance. Not least, its implementation will provide a much-needed antidote to the excesses of neoliberalism and dangers of populism.

The present emphasis on measurement of commercial value creation from business processes provides a seriously inadequate basis for national and global socio-economic decisions. Even for commercial enterprise decisions it is inadequate. While widely appreciated, this issue is not yet addressed sufficiently by either government or enterprise. Powerbrokers in both realms gain from the status quo, but society would gain much more from broad adoption of <IR> principles. As illustrated on the  IIRC website, both government and private enterprises use environmental, educational and social capital as well as traditional commercial capital to create value, and they use business processes that are identical in principle;  they combine capital and current inputs to build business or government activities and these activities then add (or diminish) value by producing outputs and outcomes.

Public and private entities are not, however, treated comparably in either GDP or annual financial statements. System of National Accounts (SNA) rules value outcomes from public interest forms of capital only in terms of the cost of inputs used to provide these public services; corporations, on the other hand, can impose costs (or, more generally, ‘externalities,’ which also includes possible, but usually smaller, benefits) on society that they are not obliged to report in their annual financial statements. Under current accounting rules they are not obliged to report these. Instead government is expected to deal with externality problems by raising direct or indirect taxes on income or consumption. Benefits arising from its programs are not explicitly calculated or reported in government financial statements. Key performance indicators are generally required in end-of year government reports, but these, while monitored, are not explicitly valued or discussed widely by the press or the public. For these reasons, program-based budgeting (PBB), though applied for many years in many countries, has failed to have much impact on government provision of collective goods.

Integrated reporting aims to address these issues by bringing both private and public entity outcomes and balance sheets into a more uniform accounting and evaluation framework. The IIRC has taken vital steps toward this aim by recognizing joint government/enterprise responsibilities for all forms of capital in its <IR> framework.  Its program of encouraging a wide range of entities to develop formal financial statements should, in the long term, lead to major changes in accounting practices at entity, national, and ultimately SNA levels. It should also lead to more widespread application of taxation practices that take full account of external costs (and benefits) of commercial and government activities, as originally recognized by Arthur Pigou in 1920.

In addressing the questions of social accountability and managing externalities, action on climate change is a torchlight issue. It is vitally important for the future of the planet and for vulnerable populations; it also graphically illustrates the broader need for business and government to work together and to heed science-backed evidence and the signals of the non-commercial market.  Most economists, supported by environmental and climate scientists’ evidence of the likelihood and potential risks from climate change, consider that setting a cap on greenhouse gas emissions and applying a shadow price on carbon is the most efficient way to bring emissions under control. Many businesses agree and some are beginning to apply pigouvian shadow prices for carbon in their investment decisions, as highlighted in The Economistrecently.  Exxon Mobil, under Rex Tillerson, and other major oil companies, though likely largely for strategic reasons, have for some time used shadow carbon prices to guide their investment decisions. Support for more general carbon pricing has not, however, emerged as a strongly-held belief in Tillerson’s role as Secretary of State—and President Trump has vowed to take the US out of the 2015 Paris Agreement.

Populist or special interest dissent from widely held opinion will always exist, but these views must be resisted by evidence-based policies.  Broad public support for science (including the professional accountability of scientists) is a central pillar of modern public policy and decision-making. In present times, belief or rejection of the scientific investigation of causes of and remedies for climate change has become a touchstone for public faith in national and global governance. Goals agreed under the 2015 Paris climate accord were achieved with great difficulty, but, generally with majority public support; virtually all members of the UN committed to achieve their Intended Nationally Determined Contributions (INDCs) towards the global goal of limiting global warming to 2 degrees Celsius above present levels. US withdrawal from the Accord against the weight of evidence would be a disastrous blow to global climate security as well as to cooperative evidence-based policy and decision-making by business and government. Reason and science must be re-established as the proper basis for governance by all entities, and wider application of <IR> is a key step toward establishing these principles.

But these principles must move beyond individual entity application and become embodied in national accounts reporting and socioeconomic policy-making. Modern economic research has for some time questioned the role of GDP as a legitimate measure of social wellbeing and many recent studies and books have criticized current SNA practice. The most recent major study of GDP in terms of its use as a measure of economic and social development is the comprehensive 2009 review led by Joseph Stiglitz, Amartya Sen and Jean-Paul Fitoussi. The report addressed both the deficiencies in the present GDP-based measurement and many of the issues that must be tackled in moving toward a broader measure of social progress. It recommended compound indicators or a ‘dashboard’ solution to augment GDP rather than its fundamental replacement. Like earlier efforts, the report’s recommendations have not yet had a major impact on either measurement or policy. Work by the OECD continues to develop the findings of the Commission and to promote better measures of social progress. Integrating reporting and its application to public and private entities is a critical step toward reform both of entity decision-making and the way that wellbeing is measured nationally and globally.

In principle, changing entity accounting and reporting standards would feed into a revision of the GDP measure and its use in national and global wellbeing measurement and policy-making. Ehsan Masood’s 2016 book, The Great Invention, traces the development of GDP and the SNA in the mid twentieth century and argues strongly for its replacement by a more comprehensive single measure of wellbeing. Diana Coyle, of the University of Manchester, favourably reviewed Masood’s book, but argued that, a single measure of wellbeing suffers from the deficiency that it “hide[s] relative valuations of their components, whereas GDP makes these explicit because it uses market prices.”  Integrating reporting by all entities should overcome this objection because <IR> in principle could (and I think should) lead to a substantially monetized evaluation of all uses of all forms of capital.

Disagreement on this point continues, as Coyle notes, and, at the present stage of <IR> implementation, full monetization of the value of outputs and outcomes is not yet a central aim of the IIRC. These issues continue to be examined at regular statistical forums organized by the IMF Department of Statistics. The recent 5th Forum featured Professor Coyle and other eminent statisticians discussing ways forward to improve the GDP measure. The assumption that government activities should continue to be valued at cost, however,  should be questioned, though it is retained in Sir Charles Bean’s major Independent Review of UK Economic Statistics of 2016 and in the Forum presentations.   Further work on this vitally important area of socio-economic statistics should consider the potential contribution of <IR> to reform of the GDP measure.

Finally, <IR> offers new approaches to reform in emerging market economies. All economies face the same problems of managing all forms of capital. Many non-OECD countries are adopting OECD-type standards, including accrual accounting and modern fiscal management techniques, as a critical element of their economic transformation efforts. Kazakhstan, for instance, an oil and resource-rich central Asian country has been adopting modern fiscal management methods for many years with strong IMF, World Bank and other international agency support. Now, in the changing and difficult times of climate-change and reduced oil prices, Kazakh authorities face an urgent need for fiscal consolidation but also look toward long-term economic transformation and adaptation to the new economic and political environment. While aimed primarily at supporting Kazakhstan’s immediate consolidation efforts, a recent Public Finance Review by a World Bank team has proposed that long-term efforts to transform the economy and reduce the State-owned Enterprise footprint could benefit from applying <IR> as part of the country’s ongoing fiscal and accounting reforms. Integrating reporting is a long-term process, but it offers a pathway toward adaptation to modern fiscal and political realities for all enterprises and national economies.

New vertical forest to be built in Eindhoven

Tunisia tourism: Is it safe for UK holidaymakers? 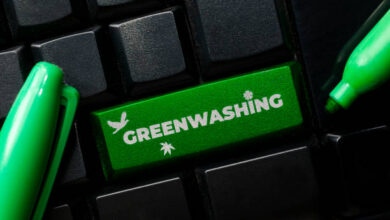 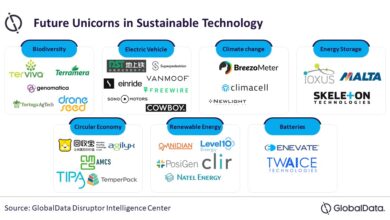 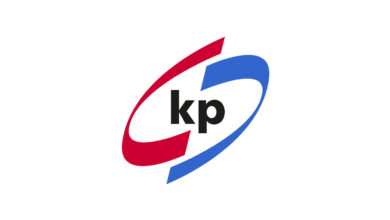 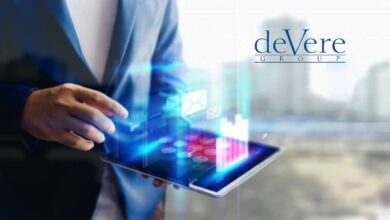