The Secretary General of the World Arm wrestling Federation (WAF), Mircea Simonescu Simicel from Romania is in Ghana to witness the 2018 edition of the African Arm wrestling Championship in Accra.

He called on the President of the Ghana Olympic Committee (GOC), Ben Nunoo Mensah to brief him on preparations and plans of the world body as part of his visit.

He was accompanied by the President of Ghana Armwrestling Federation, Charles Osei Asibey, Julien Boumsong who is General Secretary of the African Federation and other officials from Mali, the first country to arrive for the African Championship in Accra.

Ben Nunoo Mensah who welcomed the delegation commended Mr. Osei Asibey who is also the Director of Communications at the GOC for his hard work in organizing the African Championship and prayed that they will enjoy the warm Ghanaian hospitality and hoped for a successful event.

According to the GOC President, Armwrestling is the fastest growing sport in Ghana due to the publicity it is enjoying from the media and the hard work of the organisers and President.

He stressed that they are setting a benchmark in organizing competitions, and congratulated them for putting Ghana on the map.

He added that the GOC supports other disciplines and every year they spend $500,000 on sports development in training coaches and organizing courses for officials.

Mircea Simonescu Simicel expressed that Armwrestling is developing fast in Africa and Ghana, and there is the need for courage and motivation to grow the sport, which is one of the oldest sports in the world which is easy to play by both sexes and all ages. 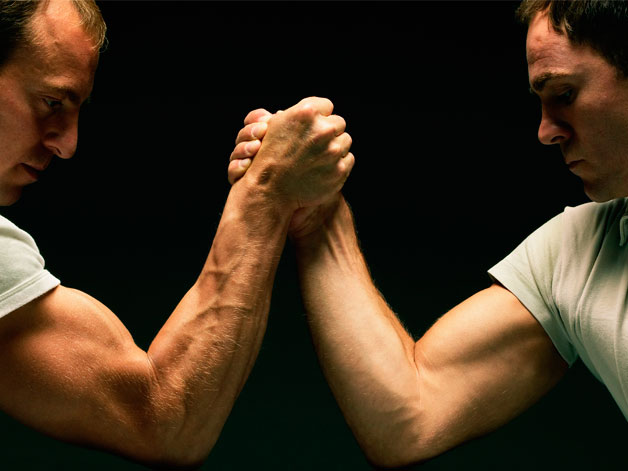 He hinted that Armwrestling may be among the disciplines for the next Paralympics.

Julien Boumsong, the General Secretary for Africa commended Ghana for putting up splendid preparations and was optimistic of a successful competition. He thanked the GOC President who was supported by his vice, Mr. Paul K. Atchoe.

The 9th edition of the Africa Armwrestling Championship is scheduled to take place at the DG Hathramani Sports Hall at the Accra Sports Stadium from Thursday, July 26, 2018 to Sunday, July 29, 2018.

About 13 African countries and over 100 athletes have so far confirmed their participation in the event.

Ghana won the bid after winning majority of the votes cast against Morocco at the Armwrestling Federation of Africa (AFA) Congress, held in Lagos, Nigeria, last year.

The Championship is sponsored by K-Balm Ointment from Kofikrom Pharmacy, Go On Energy Drink from Twellium Industries Limited, Erata Hotel, Awards Center, I-Level Media, Henry’s Inn, Wonak Enterprise and with support from the Ministry of Youth and Sports (MoYS) and the Accra Metropolitan Assembly (AMA).

Ghana: Knights and Ladies of Marshall arrive for 2018 Reunion

Tullow to ‘Restock’ Portfolio by stepping up exploration