“The successful practice of the Chinese people is a proof that there is more than one path leading to modernization. With the right direction and with unremitting efforts, all roads will take us to Rome.”

At the turn of the 21st century, American political scientist, Francis Fukuyama published a well-regarded book, the “End of history,” which attracted considerable attention. He argued then, that “remarkable consensus concerning the legitimacy of liberal democracy as a system of governance had emerged throughout the world,” and as such “liberal democracy may constitute the end point of mankind ideological evolution and the final form of human government,” and therefore “constitute the end of history.” But China’s then, little internationally known reform and opening up which was in full throttle was making steady progress. But, far from the then, euphoria of Mr. Fukuyama “remarkable consensus concerning the legitimacy of liberal democracy,” China’s modernization effort consisting in reform and opening up was decidedly and staunchly, “Socialist”, with Chinese characteristics.” 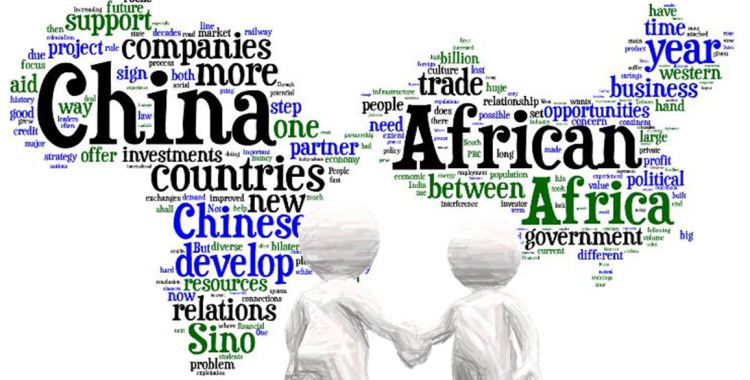 China’s then preeminent leader, Deng Xiaoping who was convinced that “economic reform is the only way to develop the productive forces,” has however categorically made clear that “in the course of reform, it is very important for us to maintain our socialist orientation.”

In the huge task of “carrying out our modernization,” Deng exhorted that “ the programme must proceed from Chinese realities, adding that “both in revolution and in construction, we should also learn from foreign countries and draw on their experiences but warned that “ mechanical copying and application of foreign experience and models will get us nowhere.” He, therefore, charged that “we must integrate the universal truth of Marxism with the concrete realities of China, blaze the path of our own and build a Socialism with Chinese characteristics,” and summarized that “this is the basic conclusion we have reached after reviewing our long historical experience.” Forty years since China took the path that corresponded to her national realities, the myth of Mr. Fukuyama’s “remarkable consensus that liberal democracy constitute the end point of mankind’s ideological evolution,” and therefore, the “end of history,” has been exploded by the fact that “the successful practice of the Chinese people is a proof that there is more than one path leading to modernization.”

Even though, opening up and reform, according to President Xi Jinping is a strategic decision made by China based on its need for development as well as a concrete action taken by China to move economic globalization forward in ways that benefits people across the world,” the lessons and experiences in staying in the arduous course of reform and opening up constitute critical and strategic resource materials from which vital insights can be gleamed in driving the course of sustainable and inclusive development in Africa.Africa development trajectories have serially suffered hiccups not for want of courage or persistence but in the deficit of grasping the existential realities and specific conditions of each African country and the contradictions it generates, from which any meaningful and realistic outlines and policy ramifications can be drawn. China’s basic outline in reform has consisted essentially in understanding the severity of her existential realities and national condition at any particular time and the huge exertions and toils that

must be deployed to engage it. And that this trajectory of ceaseless engagement with contradictions does not brook complacency, laxity or even a momentary relaxation. Forty years of relentless reform and opening up in China has demonstrated amply and very clearly, the prospects of human capacity to transform its conditions, despite the severity of its challenges and, this speak boldly to the Africa’s possibilities and the difficult choices, it must decide to make by itself. Despite that China’s experience is not repeatable; it however, offers very instructive lessons.

In his widely acclaimed monograph, published in 2004, “The Beijing consensus,” Joshua Cooper Ramo noted that “China is marking a path for other nations around the world who are trying to figure out not simply how to develop their countries, but also how to fit into the international order in a way that allows them to be truly independent, to protect their way of life and political choice.” Mr. Ramo who claimed to have discovered a “new physics of power and development,” and called it, “Beijing Consensus,” which he contrasted with “the widely discredited Washington consensus, an economic theory made famous in the 1990s for its prescriptive, Washington-knows-best approach.” Continuing, he said, “the Washington Consensus” was a hallmark of end-of-history arrogance, which left a trail of destroyed economies and bad feelings around the globe.” Noting that “China’s path to development and power is, of course, unrepeatable by any other nation,” the main lesson which is, however, “about using economics and governance to improve society” will ultimately resonate and make story impressions in Africa.

Forty years ago, not many Nigerians and Africans can tell where and what is Guangzhou, now the famous commercial and capital city of China’s coastal Guangdong province, a business hub where most Nigerians and their African peers throng for lucrative businesses. Actually, forty years ago, Aba and Kaduna in Nigeria, just to mention but few in Africa, were the hub of leather and textile business in West Africa and were on their way to integrating to the all-important global industrial value chain that gives a country a significant niche in global business. But any more. Guangzhou has prospered and soared to an international commercial hub while Kaduna and Aba are currently littered with rusting and long abandoned industrial machines but can rise surely rise again.

The revolution and national liberation in 1949 re-founded the modern Chinese State, giving the Chinese people, an exclusive prerogative for the first time in their long history to decide their destiny. They did but 1978 was the moment of significant national introspection, difficult choices and bold decisions. The leadership of the governing party, the CPC made the decision to move away from the comfort zone of easy revolutionary rhetoric, took economic modernization as central task, launched reform and opening up and traveled the difficult terrain of “groping through the river by feeling the stones.”

Will Africa and her various countries make the difficult choice of moving away from the comfort zone of endlessly reclining in received wisdom, of foreign political systems, orthodox economic models that have got her nowhere, and began the hard task of relentlessly interrogating her own realities and extracting its outcomes in forging her institutional and policy frameworks and enjoy the valid lessons of China’s initiated maxim that “practice is the sole criterion for truth.”

New Spurs Stadium to be Known as “The Tottenham Hotspur Stadium”