Melania Trump said on Wednesday that she “will never forget” her visit to a former slave holding facility on Ghana’s coast.

She called it “very emotional” and “really something that people should see and experience”.

The US first lady spent nearly an hour on a guided tour of the 17th-century castle, which originally was built by the Swedes for the trading of timber and gold but eventually became a warehouse for slaves shipped to the New World.

“I will never forget [the] incredible experience and the stories I heard. The dungeons that I saw, it’s really something that people should see and experience,” she said after she was asked to reflect on the visit.

The first lady was led around the facility by museum director Kwesi Essel-Blankson. She spent about 10 minutes inside the dark, cramped dungeon where male slaves were housed. 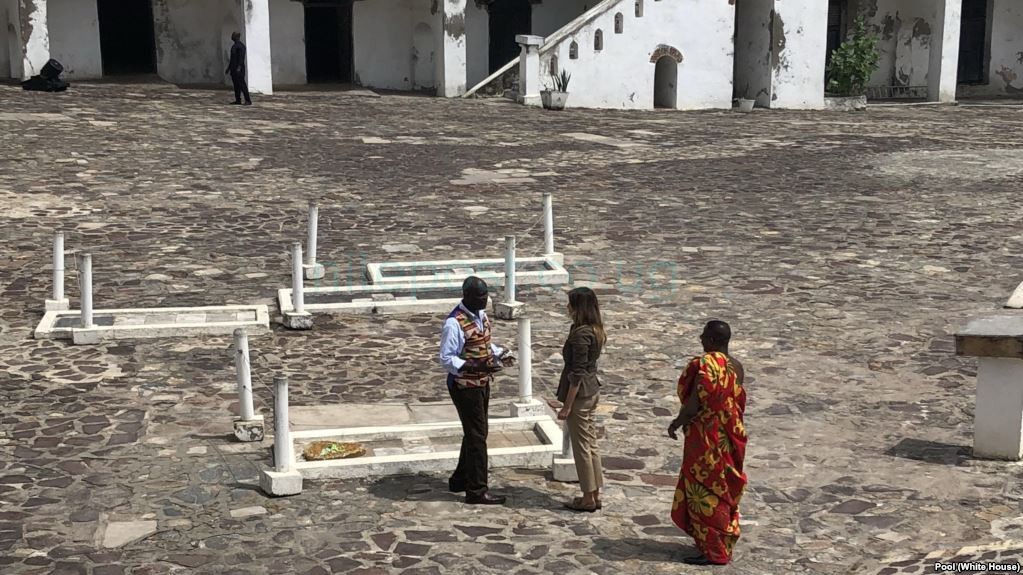 She then walked down a pathway leading to the “Door of No Return,” where slaves were shipped to the New World with no hope of returning to Africa.

She walked out and back through the door with the guide before she laid a wreath, observed a moment of silence and signed a guest book.

Mrs Trump arrived at the castle after an approximately 2 1/2-hour early morning drive from Accra, the capital city, where she has stayed since opening her first extended international trip as first lady on Tuesday.

She added that the castle is a “special place.”

Former President Barack Obama, the only black US president, toured the castle with his family in 2009 and said it was a reminder of “the capacity of human beings to commit great evil.”

Mrs Trump, who was born in Slovenia, is on her first visit to Africa, with a goal of highlighting child welfare on the continent.

She toured an infant clinic in Accra and met with Ghana’s first lady at the presidential palace after she arrived on Tuesday. She also has stops planned this week in Malawi, Kenya and Egypt.